‘There needs to be a bigger pool of support,’ says Heather Watson as she calls for more help for British players 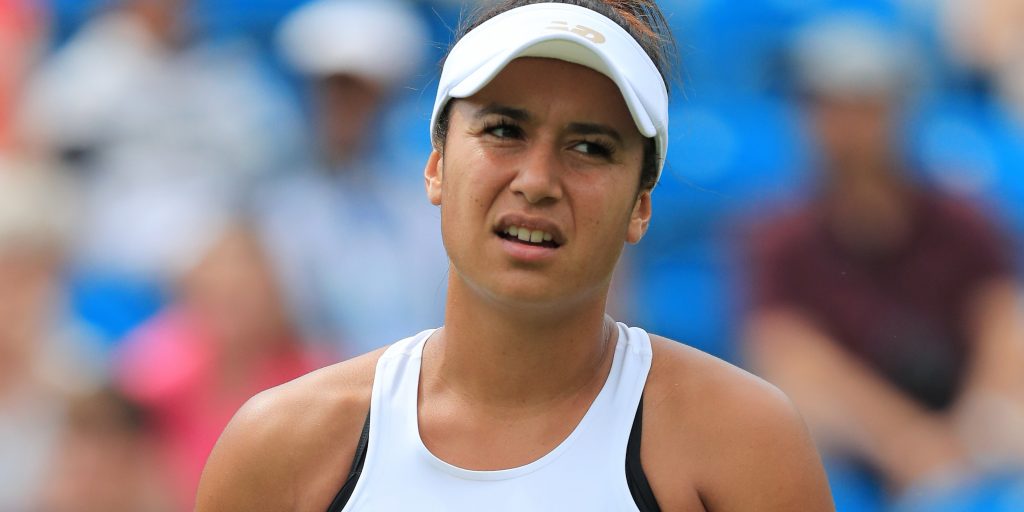 Heather Watson gave a bleak assessment of the future of British tennis after making it a clean sweep of first-round singles exits at the French Open.

It is the first time since the same tournament in 2013 that no British players have made the second round at a grand slam, and caps a disappointing year at the slams as a whole.

A tricky first round ends in defeat for Heather Watson losing out to Fiona Ferro#BackTheBrits 🇬🇧 pic.twitter.com/33ZgIuFGyC

Murray, Konta, Evans, Watson, Norrie and Kyle Edmund – who missed out here with a knee problem – can all reflect with pride on what they have done for British tennis but, asked how she sees the future, Watson pulled no punches.

The 28-year-old said: “I feel like we’ve got a good little group of players right now, but little. I don’t really see who’s next. I don’t see who’s going to be top 50.

“I think personally that more players need to get help rather than just helping your selected players – I don’t know how many there are, but a handful of players.

“I feel like there needs to be a bigger pool of support. That way you’re not spoiled and not given everything at a young age. You need to work for it, learn the grind and the hard work of the tour, what it takes. It would give more people the opportunity.”

Watson’s words were pointed because the Lawn Tennis Association’s strategy for addressing a chronic problem with strength in depth is to heavily support a small number of players through two national academies in Stirling and Loughborough.

There is financial support at a lower level for players who miss out on selection for the academies but there are plenty of critics who believe it is the wrong path.

As Watson said: “I feel like the more people you help, the more competition there will be. You don’t know who’s going to make it. Everybody can have their opinion. You have your talented people, but you also have your hard workers, the people that are dedicated, ask all the questions and that.

“It’s not just the talented people that get through. If you give the hard workers an opportunity, too, you’ll have more of a pool of players. When you see your countrymen and women doing well, it spurs you on, it inspires you, it inspires people to play the sport in general.”

Outstanding individuals have papered over weaknesses in the system over the past two decades.

It is not all doom and gloom. In Jack Draper and Emma Raducanu, who are 18 and 17 respectively, Britain has two outstanding prospects, but the path to the top is fraught with potential pitfalls.

There are other legitimate hopes as well but the British Tour events staged over the summer showed up a lack of depth on the women’s side in particular.

Asked if she would consider getting involved with the LTA at the end of her career in a bid to help change things, Watson said: “I definitely wouldn’t want to get involved because of the politics.

“There’s loads of politics involved. If I’m honest, I don’t think my voice would be heard anyway.”

It was an almighty battle, but @HeatherWatson92 crashed out of #RolandGarros in the first round.

She declined to expand on her reasoning for the last point but utilising expertise within the British game has not been a strong point of recent LTA administrations.

Watson said she had not felt extra pressure as the last Briton standing and, as with most of her compatriots, there were plenty of positive moments in her clash with Ferro but she was unable to win the majority of the biggest points.

“I just wanted to play well for myself,” said the British number two. “I think I did myself justice today. Obviously it’s not the result that I want.”

Watson had a brilliant start to 2020, capped by her fourth WTA title in Acapulco in February, but has not won a match since the tour resumed in August.

The Guernsey player also revealed she will have blood tests when she returns home having struggled with dizziness for several weeks.