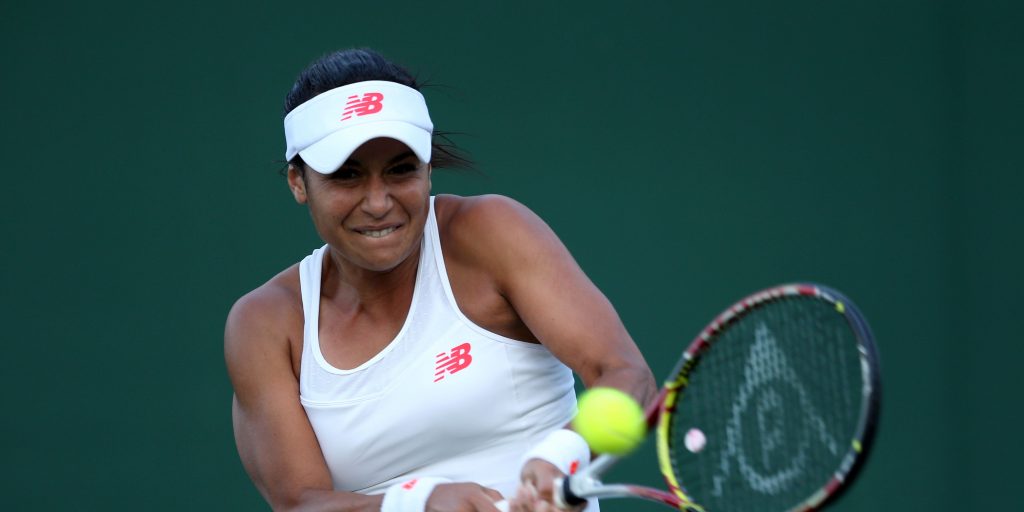 Heather Watson thinks she is still feeling the effects of enduring a hard quarantine in Australia as she prepares to lead Great Britain in their Billie Jean King Cup play-off against Mexico.

Watson and Katie Boulter have been selected as the singles players for the tie at London’s National Tennis Centre (NTC) beginning on Friday, where victory would give Britain another shot at reaching the elite finals week in 2022.

Watson was one of 72 players who spent two weeks stuck in their hotel rooms ahead of the Australian Open following positive coronavirus cases on their flights.

The 28-year-old won her first-round match in Melbourne but has suffered disappointing losses at her most recent tournaments in Monterrey and Miami, and she said: “Australia was obviously very tough.

“I feel like it’s maybe had a bit of a lasting effect on me. I feel a bit drained at the tournaments. I feel like my tennis, my fitness, everything, I’m 100 per cent, but particularly in Mexico and Miami, I wasn’t all there. I’m just trying to be smarter with my schedule.”

The play-off will be played behind closed doors and amid strict coronavirus regulations.

This is a 33rd tie in the competition formerly known as Fed Cup for Watson, and one more singles victory would move her clear of captain Anne Keothavong into second place in the British standings behind Virginia Wade.

“It definitely feels very different to the ties I’ve played in the past,” said Watson, who will take on world number 434 Giuliana Olmos in the second singles match on Friday.

“It’s very quiet. I feel very grateful that we get to play at home, although it would have been really nice to have the fans here with us. Hopefully after this tie we can start getting back to normal.”

Both teams are missing their number one player, with Johanna Konta practising outdoors on the clay courts at the NTC to give her troublesome knee time to adapt to the surface, while Mexico’s Renata Zarazua also has knee issues.

Boulter is only the British number nine but was given the nod ahead of Harriet Dart for Friday’s clash with 285th-ranked Marcela Zacarias.

Boulter will make her first appearance for her country since playing a starring role in the 2019 play-off victory over Kazakhstan but aggravating a back injury that sidelined her for more than six months.

Keothavong admitted it had been a tough decision, saying: “As captain I think this is the first time where I’ve really found it tricky.

“The decision was made because of the match-ups. There’s disappointment for the players who haven’t been chosen, and rightly so.”

Konta told the PA news agency ahead of the tie that she hopes to play in the competition in the future, and Keothavong said: “You always want your number one player part of the team and she’s led by example in so many previous ties and I think she’s been a fantastic role model for the other players.

“I had this discussion with her weeks and weeks ago and I totally understand her decision. I do feel, with the players we have on the team, we should still be able to get over the line.”

Keothavong also revealed that British number four Francesca Jones, who made headlines by qualifying for the Australian Open, did not make herself available for the tie, choosing to play tournaments in South America.

Britain were originally drawn as the away team but the tie was switched because Mexico were not deemed to have made sufficient progress in arranging it.

Captain Agustin Moreno said: “Of course it’s a disappointment. But we’re excited. We always like the tradition of Great Britain so we’re excited to play here, it’s something new for our team. I think it’s years and years since we played in Europe.”

Mexico have not played at the top level of the competition since 1992 while Zacarias and Olmos have one tour-level victory between them.