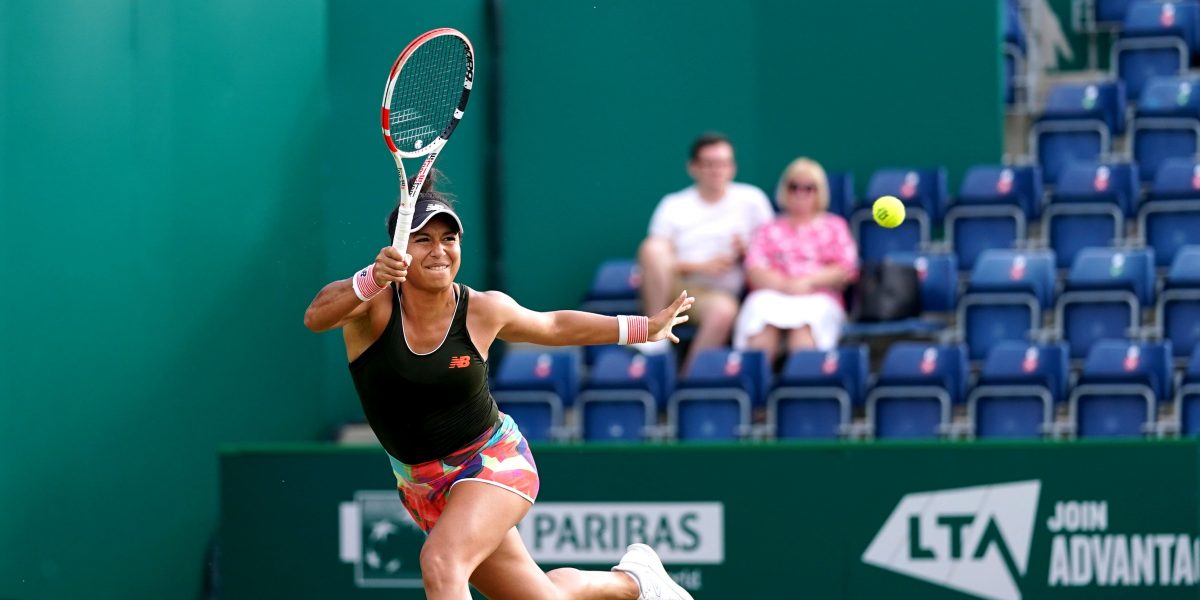 Heather Watson says she has been inspired by Andy Murray after making it through to the quarter-finals of the Viking Classic in Birmingham.

The British number two was leading 5-2 in the first set against Zhang Shuai when the Chinese player, who lost to Johanna Konta in last week’s Nottingham Open final, retired due to a leg injury.

Watson, who has had a torrid year prior to the grass-court season, has spent plenty of time with Murray at the National Tennis Centre in London recently and was delighted to see him come through his latest comeback at Queen’s on Tuesday.

She said: “He is someone who works so hard, and puts in the hard yards, the blood, sweat and tears and for all of the British tennis players that train at the National Tennis Centre and see him, he is a massive inspiration.

“I am really happy for him that he was able to play his match at Queens and second to get the win. I have seen him a lot in the gym, we park next to each other every day before we go to training.

Watson, who now plays Croatian Donna Vekic in the last eight, did not have to exert too much energy against Zhang in Birmingham after it became clear early on her opponent was injured. 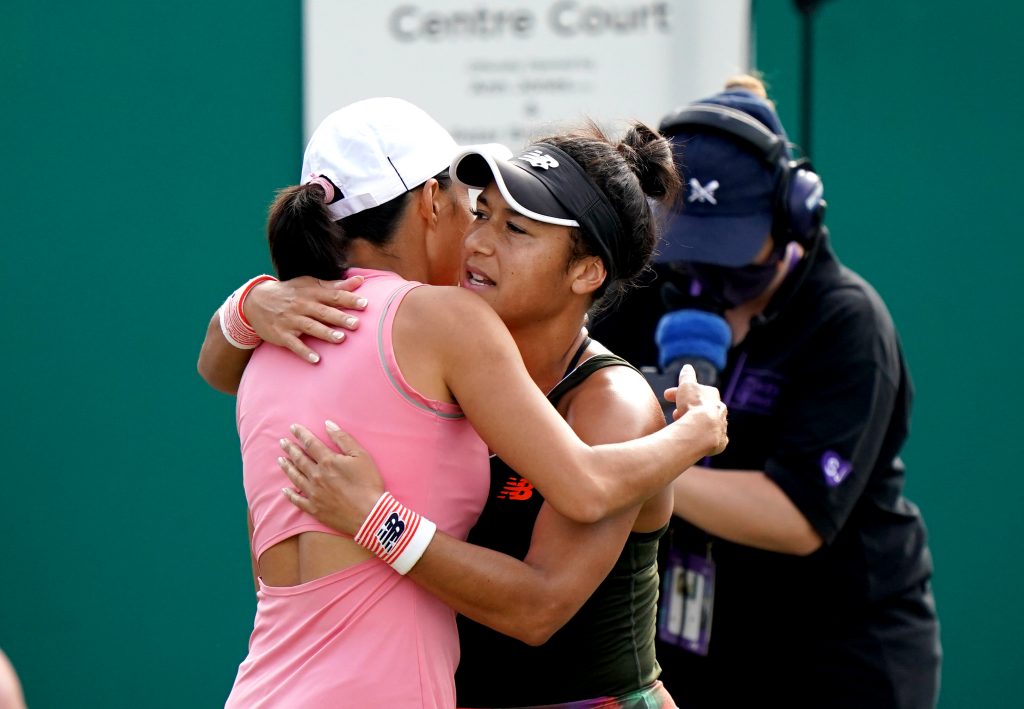 She added: “I could tell from the first game that she wasn’t moving quite right, so I knew her leg was taped and I knew that was bothering her.

“I really hope that she is alright and fine for her next tournament because she is such a lovely sweet girl. She is so nice to be around, I hope she is alright.

“I knew she wasn’t moving like normal, I just made sure I focused really hard on my serves and returns and I actually hit them better than I have for a long time.

“It’s tough but you just have to pretend she is 100 per cent. From my perspective I try and block it out and try and stick to my game plan.”