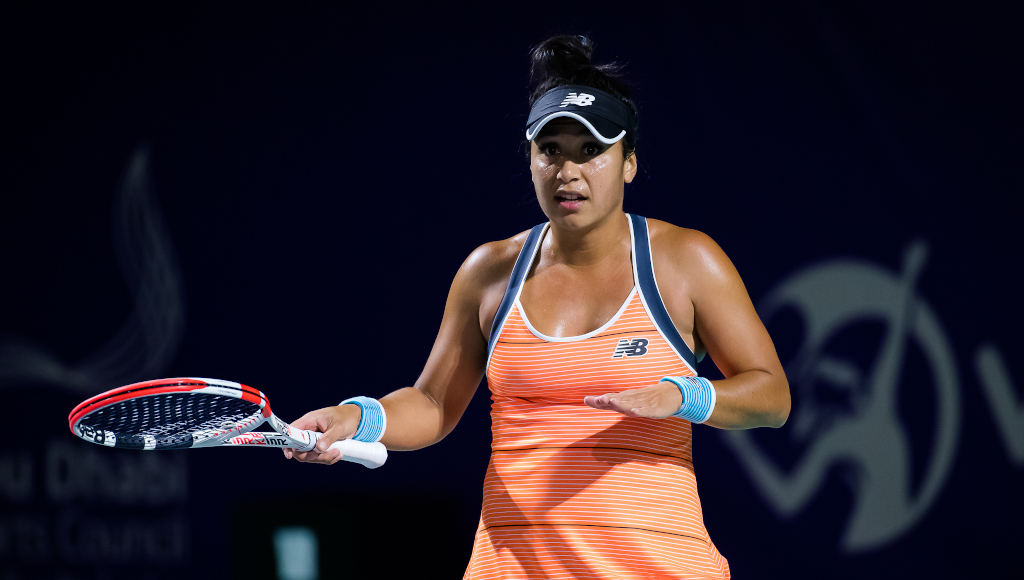 Heather Watson used the extra mental strength she gained in two weeks of hard quarantine to battle past Kristyna Pliskova and into the second round of the Australian Open.

The British No 2 was one of 72 players who had to stay in their hotel rooms throughout the fortnight after sharing a plane with someone who later tested positive for coronavirus.

Watson described it as the worst preparation she has ever had for a Grand Slam tournament but she was impressively sharp in a 7-6 (7-4), 7-6 (7-3) victory over Czech Pliskova, who she also beat at the same stage last year.

“It made the victory today sweeter because we’d been through a lot the last few weeks,” said Watson.

“It was really tough mentally I would say the most. Physically I felt like I did a pretty good job in hard quarantine of working out pretty much every day and trying to keep up my fitness with what I could do. I think today I could see it on my coach’s face as well, he was extra proud.

“I’m really pleased with how I played the tie-breaks. I thought I stepped up my game when I needed to and played some of my best tennis in the big moments.”

Watson admitted the thought of potentially having to endure another quarantine has put her off enjoying too many of the freedoms now available to her, with fresh air and space the luxuries she is no longer taking for granted.

Her prime focus, though, is on looking after her body ahead of a second-round clash with either 21st seed Anett Kontaveit or Aliaksandra Sasnovich.

Watson said: “I would say I felt my body change a bit (in quarantine). When you’re fit and strong, your body just feels hard. It just wasn’t as hard as usual. I definitely lost some (fitness), but that’s expected. Mentally I felt super strong because I’d got through it.

“My body’s definitely sore. I’ve had an ice bath the last few days. I’m taking care of my body very carefully because actually four days ago my left leg went into spasm and I couldn’t finish practising.

“I was really worried about if I was going to be able to play my first round here. I don’t get injured, so it was a surprise. Expected again with what we’ve been through. I tried to manage that as best as possible. Fortunately it healed very quickly.

“Yesterday is the first day of practice where I felt like my game was starting to come back together. Having a Tuesday start was big, so I got lucky there.”