Heather Watson crashes out of Wimbledon after squandering match point 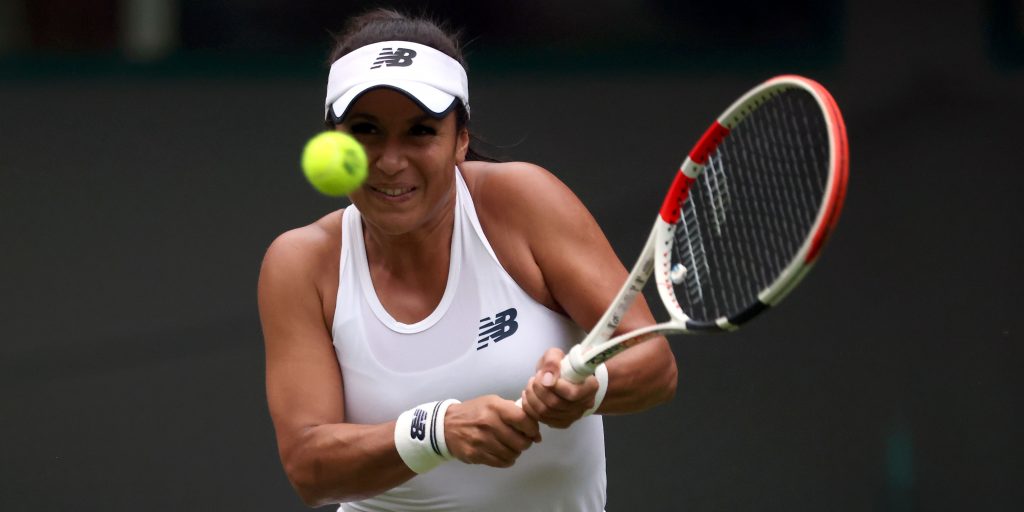 Heather Watson suffered a late night horror show as she tumbled out of Wimbledon to lucky loser Kristie Ahn.

Watson, Britain’s best hope in the women’s singles this fortnight following Johanna Konta’s withdrawal, had her match moved to Court One after rain wrecked the first half of the opening day.

Watson reeled off four games in a row to wrap up the first set, but Ahn, who lost in qualifying but landed a place in the main draw when reigning champ Simona Halep pulled out through injury, broke early in the second.

Watson saved a set point with one punishing forehand and broke back with another to square the set, only for a sloppy tie-break to level the match.

However, with the roof now closed, a pumped-up Watson broke for 5-4 but blew a match point on serve, allowing Ahn to hit back and book a second-round meeting with fellow American Sloane Stephens.