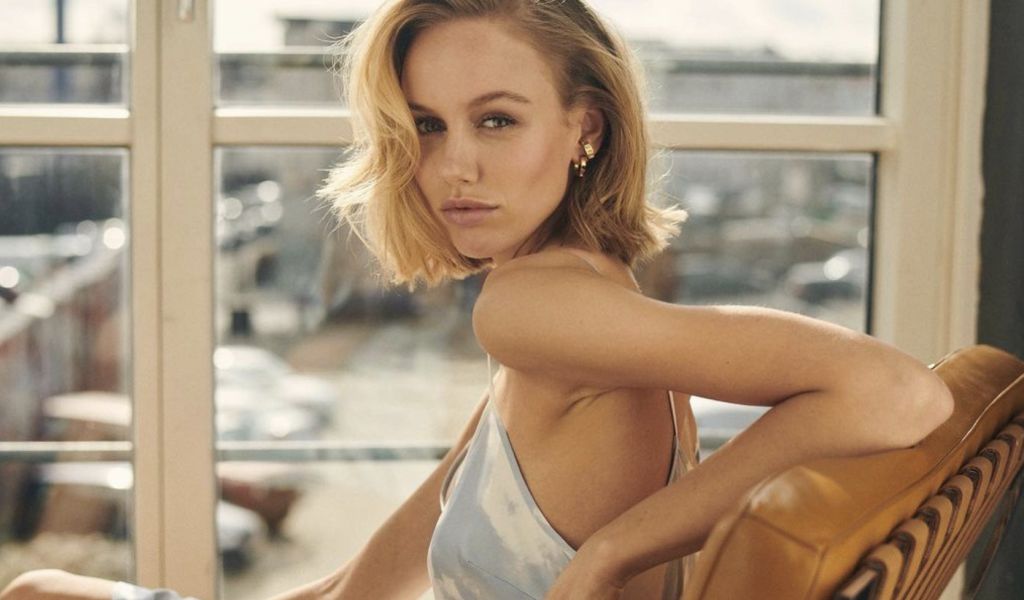 He is the most talked about young player on the ATP Tour and now Holger Rune’s sister Alma is also gaining plenty of attention on social media channels.

Rune shot into the top ten of the ATP rankings after a thrilling victory over Novak Djokovic at the Paris Masters event last month earlier this month.

He is now expected to challenge for the biggest prizes in the game in 2023, yet young Holger is not the only Rune who has caught the eye this year.

While the Danish star’s run to the French Open quarter-finals last summer highlighted his rising potential, the presence of his sister Alma in his player box was a source of interest for the TV cameras at Roland Garros.

Twitter users were quick to suggest the French TV network was a little over-eager to show Alma at every opportunity last summer and that exposure on a worldwide stage adding to her own profile.

With 23k followers on Instagram, Alma has become a key figure for her brother at major events and he has spoken about the importance of the family network giving him ongoing support.

Holger has credited his stable family set-up as a key reason for his success, with his mother Aneke opening up on her son’s story in an interview with Tennis Majors earlier this year.

“It’s difficult to be the only one in Denmark with that big dream and no one around him understands what is going on,” said Aneke.

“He sees himself in the tennis world. He likes being in an environment where there are people like him. And being in London or being at the Mouratoglou Academy then, he’s not a freak anymore. Then, he’s one of the guys.”

Rune’s rise to prominence has only just started and he admits his mother’s words are always in his thoughts when he is on court.

“My mom always said to me that I should play tennis with passion,” he states.

“I really keep this in mind when I step on the court. When I was young and lost a match, I was crying for an hour. It’s hard, especially when you want it so bad.

“My mum has been supporting me since I started playing tennis. She is great for me because she helps me with a lot of mental stuff, as well as on the court together with my coach Lars.

“Without her, I wouldn’t be the same person that I am. She is pushing me to my limits.

“When things don’t go your way, you just have to accept it. It’s not the end of the world. Even though it feels like that, sometimes. I think I’m getting better at this.

“On the court, I tell myself not to show weakness. If you show weakness, it is almost certain that you are going to lose, because the opponent is getting more pumped.”

Rune’s move to link-up with coach Patrick Mouratoglou appears to have been a key to moving his game to an impressively high level, with the celebrated coach impressed by the progress of his latest student.

“I couldn’t say that something changed throughout the months,” said Mouratoglou.

“He’s had ups and downs. There was a very much up in Roland Garros, and then there was a low. He had nine losses in a row after Roland Garros. It was very low.

“What has changed is more during the last weeks, he’s found two things. First of all, he managed to control his emotions. That was very important.

“Every time he didn’t panic. He managed to remain focused, to find the right keys. He’s gotten actually outstanding mental capacities. Before he could not manage his emotions enough.

“Now he’s more stable from an emotional point of view during the match, so he manages to be mentally stronger. His level of play is more structured. It’s very hard to be consistent throughout a match and throughout a season.

“There is still a lot of work to achieve, but he managed to reach every milestone. In January he already had all the capacities, but then when you actually have a winning streak, it’s easier.”

Rune’s story is certain to be one of the most watched in tennis heading into the Australian Open and it is safe to assume the media will continue to give sister Alma plenty of camera time when she is courtside following her brother.