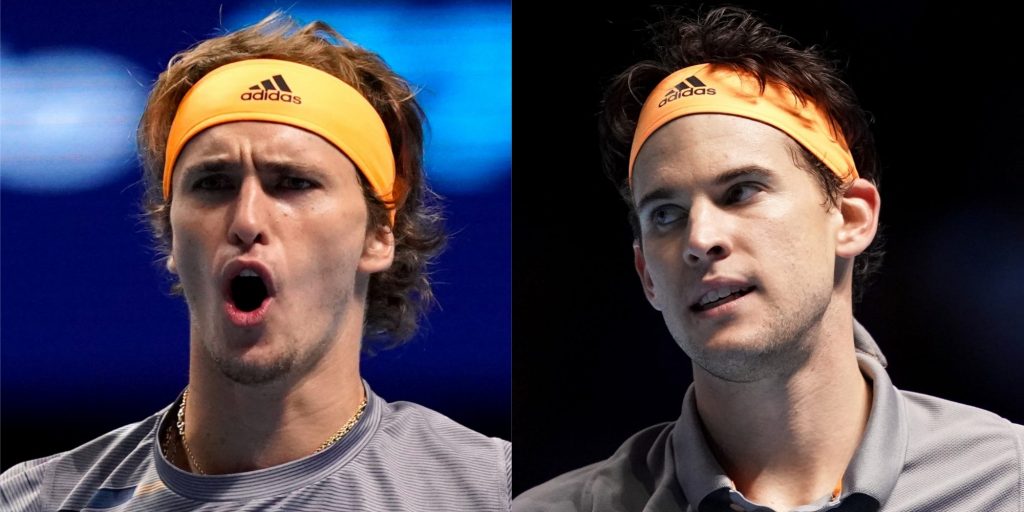 Dominic Thiem and Alexander Zverev will aim to anoint themselves as the leader of an overdue generation of men’s tennis talent when they clash in the US Open final on Sunday.

Shorn of Roger Federer and Rafael Nadal, and in part due to the default of Novak Djokovic, the fringe contenders have been handed their chance and Thiem and Zverev have proved best-placed to answer the call.

We sift through the statistics to determine how the Austrian and the German compare.

Thiem is appearing his his fourth Grand Slam final, having been beaten by Nadal in the 2018 and 2019 French Opens, and by Djokovic at this year’s Australian Open – the latter two in five-set epics.

Zverev’s previous best Grand Slam performance was his run to this year’s Australian Open semi-finals – where coincidentally he was beaten by Thiem – although he did win the 2018 ATP Finals in London.

Unlike in his previous three Grand Slam finals, Thiem will start as favourite given he holds a 7-2 career record over Zverev, including victories in their last three meetings.

Prior to this year’s Australian Open semi-final, Thiem also got the better of his rival in last year’s ATP Finals, and in the 2018 French Open. Zverev has to go back to the 2018 Madrid Masters to find the last time he got the better of the Austrian.

Zverev dropped a set in each of his first three matches, beating Kevin Anderson, Brandon Nakashima and Adrian Mannarino, before breezing past Alejandro Davidovich Fokina in the fourth round for the loss of just five games. He squeezed past Borna Coric in five in the quarter-finals before coming from two sets down to see off Pablo Carreno Busta in the last four.

Thiem, in complete contrast, has only dropped one set, against Croatian veteran Marin Cilic in round three, although he did require two tight tie-break sets to see off Daniil Medvedev in the semi-finals.

Consistency is the key to Thiem’s continued success, and he tends to leave the eye-catching elements to others. Despite winning all three sets of his semi-final, he trailed Medvedev on ace count and winners, but produced significantly fewer unforced errors. Zverev, meanwhile, bashed 24 aces and 71 winners to beat Carreno Busta, but allied that with a dismal second serve percentage and 57 unforced errors.

In a final that pits Thiem’s thudding ground strokes and reliable backhand against Zverev’s imposing yet inconsistent serves, it is no surprise that the Austrian should start favourite. Everyone knows what they will get from Thiem, and while it might not be spectacular it is more than likely to prove enough against a player who has plainly struggled on serve – especially second serve – through the tournament, and yet tantalisingly, if and when he gets it working, can prove just about unbeatable.