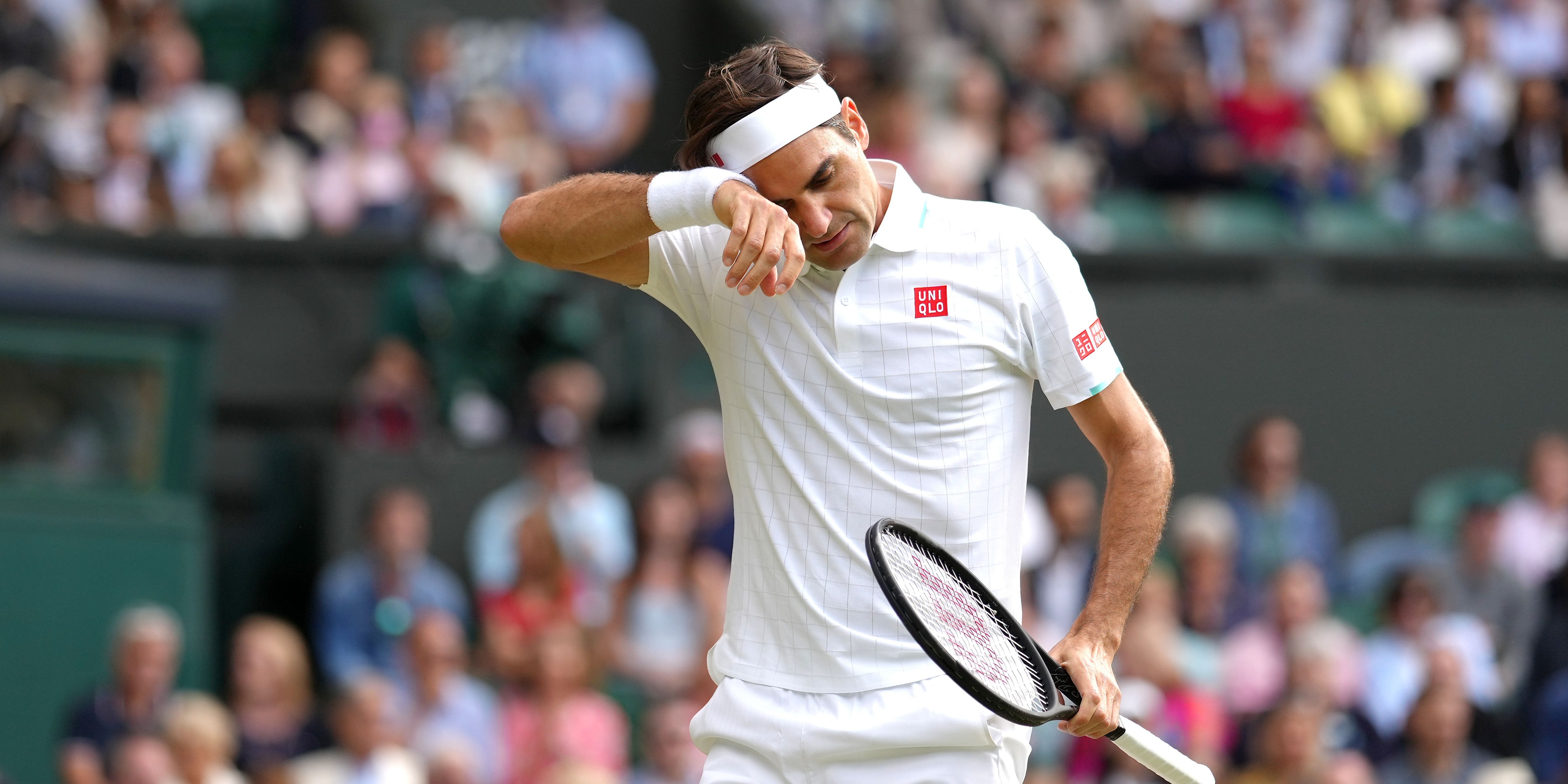 Roger Federer’s hopes of winning a ninth Wimbledon title were ended by a quarter-final loss to Poland’s Hubert Hurkacz.

The 39-year-old had played himself into form through the first week at the All England Club to raise hopes of an improbable trophy run after two knee operations and a month short of his 40th birthday.

But Hurkacz is a top-20 player and 15 years Federer’s junior, and was simply too good on the day for his opponent, who suffered a straight-sets loss at Wimbledon for the first time in 19 years.

After a poor first set in breezy conditions, Federer led 4-1 in the second but he could not find his timing and Hurkacz kept his wonderfully to win 6-3 7-6 (4) 6-0, handing the Swiss his first ever bagel at Wimbledon.