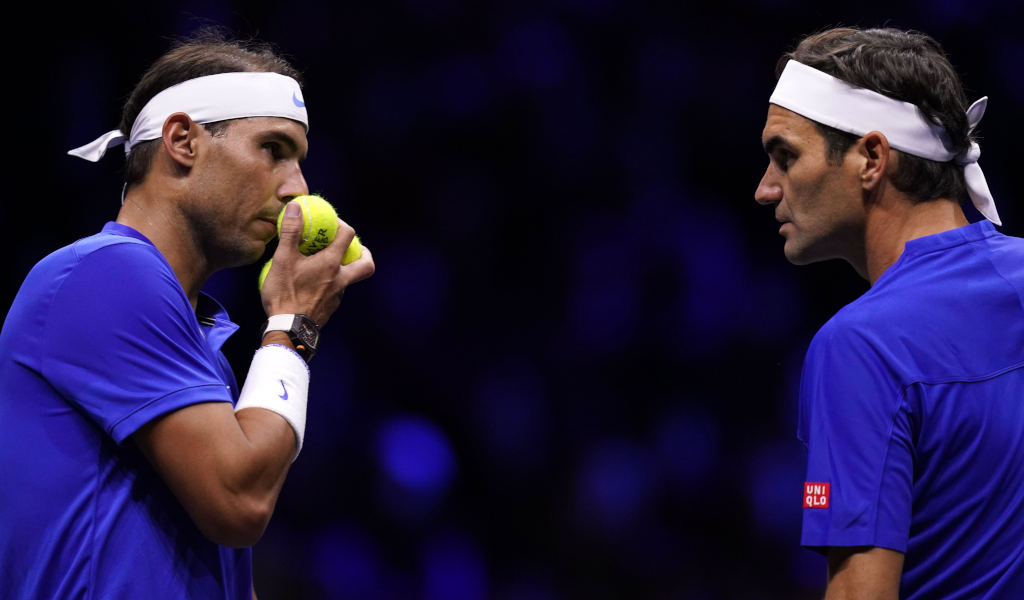 Roger Federer could not hide his disappointment after watching Frances Tiafoe prove the pantomime villain for a second time at the Laver Cup this weekend as his epic comeback denied the Swiss one final trophy.

A 1-6 7-6 (11) 10-8 victory for the US Open semi-finalist in the 11th match of the Ryder Cup-style team competition over Stefanos Tsitsipas helped Team World taste success in the tournament at the fifth time of asking.

Tiafoe’s remarkable win saw John McEnroe’s group hit the magic 13-point mark first on a dramatic and thrilling Sunday at the O2 where they claimed a maiden Laver Cup by a 13-8 scoreline.

It was Tiafoe who teamed up with Jack Sock on Friday night to beat Federer and Rafael Nadal in an emotional doubles contest which brought the curtain down on the 20-time grand-slam champion’s glittering career in a professional capacity and it was the American who again made the difference 48 hours later.

Spain’s Carlos Alcaraz Garfia is one that many will have been looking at as the next potential great, especially after he managed to win the US Open earlier this year, but what about Tiafoe? There will be some in his home state of Maryland that will be betting on him to be able to achieve greatness, especially after his latest string of performances.

Now that sports betting is legal in the state, there are sports operators available that punters can continue to use to place wagers. For instance, many are using Caesars Maryland sportsbook for betting on major tournaments as they are able to get the best odds and a range of different bonuses when they use the offers made available.

Tiafoe has become a favorite for players who like to wager in Maryland because he has shown that he can be strong on the court and compete with the best, thus making him an excellent choice for those who like to place prop bets on the matches that involve him.

For Federer, despite everything he has achieved, which includes eight Wimbledon titles down the road, defeat still hurt.

“Yeah, of course I’m disappointed. I was on the team, almost lost my voice and my hands hurt from clapping,” the 41-year-old admitted.

“We wish the result would be different. I told Andy (Murray) in the locker room, I don’t like losing. It’s not fun. It just leaves not the best taste, you know. I think once you have been there and taste success, it’s just not the same.

“I hope tonight can be still somewhat of an enjoyable evening. Of course this weekend has been all over the place for me. I enjoyed it, but it’s unfortunate that we couldn’t get the win.”

Going into the third and final day of the competition, Federer still had hopes of adding one more title to his illustrious CV with Team Europe leading 8-4.

Felix Auger-Aliassime had other ideas for Team World with success over Andy Murray and Matteo Berrettini in the doubles alongside Sock and followed that up with an even better display in the second match.

Auger-Aliassime stunned Novak Djokovic 6-3 7-6 (3) to claw Team World back from the brink to being one triumph away from silverware.

It was over to Tiafoe to complete the job, but he lost the first set in 21 minutes to a locked-in Tsitsipas.

The Greek could not maintain his charge though and after a marathon tie-breaker for the second set that lasted as long as the opener, it meant a decider was required.

During the 10-point tie-breaker for the match and ultimately the trophy, Tiafoe held his nerve and produced clutch tennis.

He made a drop shot despite starting behind the baseline and also saved four match points to help Team World make history, which in the process spoiled Federer’s farewell once again.

Tiafoe joked: “He’s got a lot to apologise after the last 24 years after beating everybody on the tour!

McEnroe had made the bold call to play Auger-Aliassime in back-to-back ties but it worked with the world number 13 in imperious form.

Murray and Berrettini lost 2-6 6-3 10-8 to the Canadian alongside Sock but even better was to follow.

Auger-Aliassime brushed off his 95-minute doubles contest to go toe-to-toe with Djokovic and triumph for the first time against the Wimbledon champion but McEnroe will not be around for much longer to get the big calls right.

He conceded the 2023 edition in Vancouver would be his last and opposite number Bjorn Borg revealed the same following his first experience of defeat in the event.

“I think that it will probably be the same for me,” Borg admitted.

“I’m very happy to do one more, yeah, like John, too, to spend with these great players.”