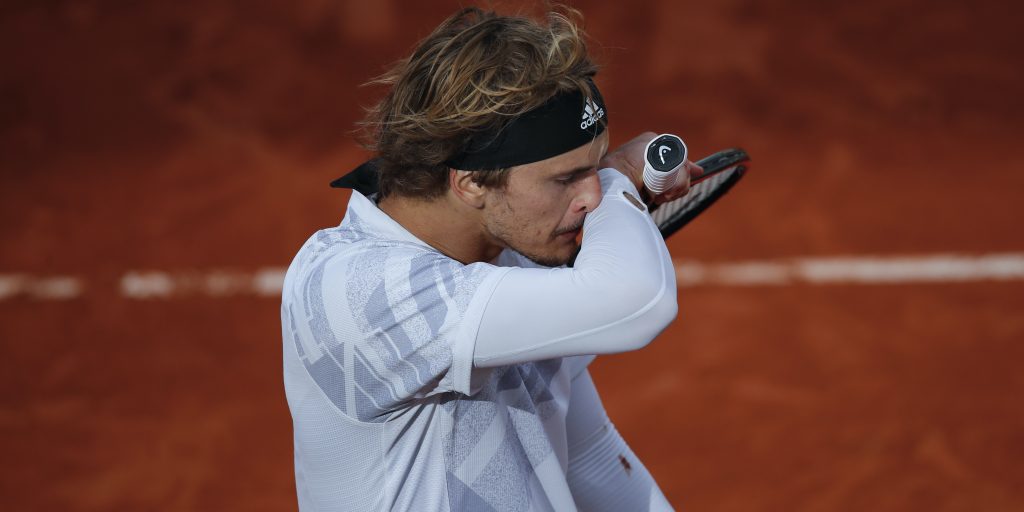 Teenager Jannik Sinner struck a blow for the new generation at the French Open by upsetting US Open finalist Alexander Zverev, who revealed he played despite suffering from a fever.

Players at Roland Garros have regular Covid-19 tests, and a positive test means expulsion from the tournament, but it was still jarring to hear Zverev describing possible Covid symptoms.

He said: “I’m completely sick. I can’t really breathe, as you can hear by my voice. I had a fever as well. I shouldn’t have played.”

The fifth seed, who was criticised for going to a party after saying he would isolate following the disastrous Adria Tour this summer, refused to say whether he was concerned he might have Covid.

Whatever Zverev’s health, this was nevertheless a very impressive performance from Sinner, who has been strangely under the radar this week despite being the hottest teenage prospect in men’s tennis.

He showed in winning the Next Gen ATP Finals last year that his explosive game and fearlessness make him a hugely exciting talent, and it has not taken him long to produce that on a grand slam stage.

This is the Italian’s debut at Roland Garros and he will get the chance to test himself against Rafael Nadal after coming through a series of close games in the fourth set.

His celebrations have been understated throughout the tournament, and he said: “It’s great to reach the quarter-finals here. I am quite calm, so even if inside I’m very happy and I don’t show that so much.

“But there is still a lot of work to do. Physically, technically, everything. It’s a long way. I’m very happy that I have reached the quarter-finals.”

Sinner is the first debutant to make it this far at Roland Garros since Nadal won his first title in 2005, and the youngest man to reach the quarter-finals at a slam since Novak Djokovic 14 years ago.