‘I felt like I was playing perfectly,’ says teenager Iga Swiatek after stunning Simona Halep 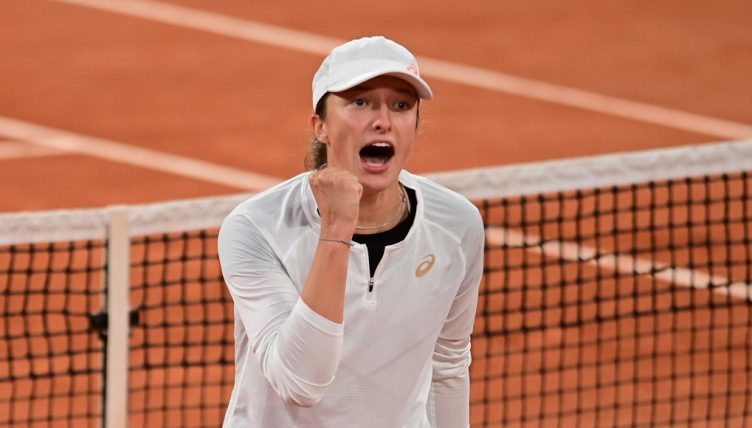 A wild women’s French Open became even more unpredictable as Iga Swiatek produced a stunning performance to knock out top seed and title favourite Simona Halep in the fourth round.

The 19-year-old from Poland thumped 30 winners and outplayed Halep in all areas of the court to win 6-1, 6-2 in just an hour and seven minutes.

In the previous round, Halep had claimed revenge against Amanda Anisimova, who beat her at Roland Garros last year, but here the boot was on the other foot.

Swiatek with the stunner! 🤩

The Polish teen takes out the top seed en route to the quarterfinals at #RolandGarros. pic.twitter.com/w1uw8rikB8

Halep and Swiatek met at the same stage last summer with the Pole, a former junior Wimbledon champion, managing to win just one game.

The teenager appeared stunned afterwards, saying on court: “I don’t know what happened. I felt like I was playing perfectly. I was so focused the whole match. Even I am surprised that I can do that.”

It was immediately clear how much Swiatek has developed in the last year as she raced into a 3-0 lead.

She hit 17 winners in the first set and, although Halep made only two unforced errors, she was simply not able to get into the match.

The Romanian began to shoot panicked glances towards coach Darren Cahill as Swiatek moved ahead again early in the second set, the teenager showing no signs at all of stage fright.

Halep tried to fight back but more often than not it was Swiatek winning the biggest points and she was nerveless in serving it out.

It was a disappointing ending for world number two Halep, who had not lost a match since the Australian Open, but she kept the result in perspective.

She said: “All the credit to her, she played unbelievable today and she was everywhere and she hit all the balls in very strong, very powerful. It was a little bit cold and I couldn’t be at my best but it was her match today.

“I realise that it was a fantastic year with all the tough moments that we all had, so I’m not going to ruin the whole year just for a match. Of course it’s not easy to take it, but I’m used to some tough moments in this career. So I will have a chocolate and I will be better tomorrow.”

Trevisan, a 26-year-old who returned to tennis after recovering from anorexia, had never won a grand slam match prior to this week and is now through to her first quarter-final.

Halep’s exit means there is guaranteed to be a new French Open champion, with third seed Elina Svitolina now the highest-ranked player left and the only seed in the top half.

Sofia Kenin and Petra Kvitova, who are both in the bottom half, are the only slam champions remaining.

The disrupted season and cold conditions have been cited as factors in the unpredictable results, which are also affecting the men’s draw, but Halep said: “It’s not a surprise, these results.

“Because everyone at this level is playing really well and in the fourth round of a grand slam it’s not a surprise any more because if you are there it means that you have a great game.

“So I believe that every match is open at this level and it’s about the day that you play. All the credit for the players who are winning the matches.”