‘I feel like the pressure isn’t on me,’ says teenager Iga Swiatek ahead of French Open final 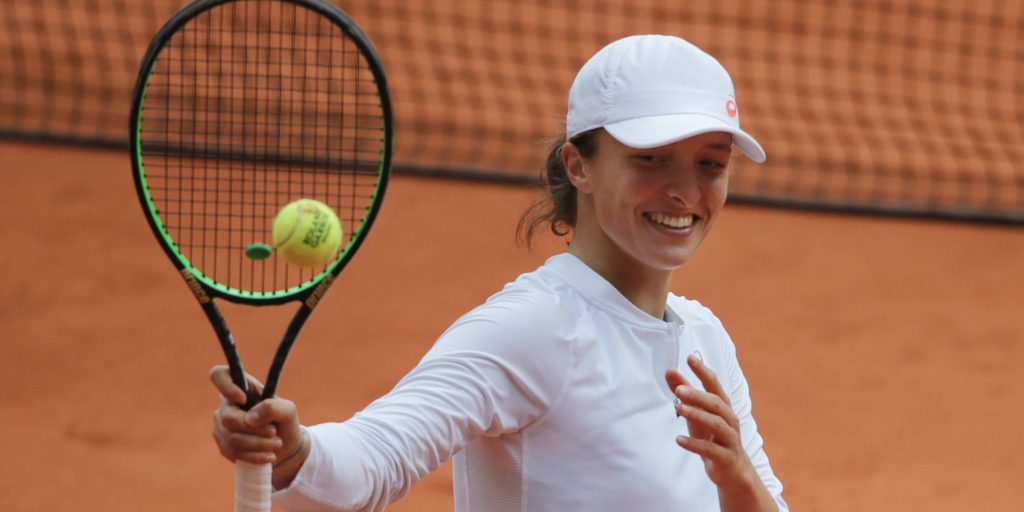 Iga Swiatek knows time is on her side but she has rushed towards the top of the game at Roland Garros this fortnight.

She can cap one of the most impressive grand slam runs by a teenager in recent years by defeating Australian Open champion Sofia Kenin to lift her maiden trophy on Saturday.

Swiatek, 19, has lost just 23 games in six matches, including a 6-1, 6-2 victory against top seed Simona Halep in the fourth round, and former greats have fallen over themselves to predict a glowing future.

“I feel like I’m ready,” said the Pole, who saw her chances of a title double disappear with defeat alongside Nicole Melichar in the women’s doubles semi-finals on Friday.

“I also feel like I don’t have to win. I’m pretty OK with both scenarios. Of course it’s going to be sad because I would be so close if I’m going to lose. I’m just going to focus like it’s another match.

“I feel like the pressure isn’t on me. Right now I’m just enjoying that I have a great run in singles. I think if I’m going to win, it’s going to be crazy and super overwhelming for me.

“But, even though there’s chaos around me, when I’m coming on court, I feel like my mind is really clear. I can just focus on playing. I’m going to be OK no matter what.”

Swiatek has been coached by Piotr Sierzputowski since 2016, and he praised her court craft and competitive drive as her greatest assets.

Sierzputowski said: “I think she’s ready for everything on the court. I have a lot of things to work with her on the technical side and tactical side. We have a lot of space to improve. But overall it doesn’t even matter. When she comes to the court and she puts the ball right in the place where she wants.

“She’s a beast of the competition I would call her. She loves to compete. She never likes to practise, it’s boring for her. But, when it comes to the matches, she’s there.”

If Swiatek is to lift a first Grand Slam title, she will have to overcome another player with a supremely high tennis IQ in Kenin.

What a match @Petra_Kvitova, congrats on a great tournament!
Time to get ready for the finals tmrw 😱😆 #RolandGarros #RG2020 pic.twitter.com/mAAWKyZN1K

The 21-year-old began her clay-court season by losing 6-0 6-0 to Victoria Azarenka in Rome and has had to battle through the draw in Paris.

But so far Kenin has been able to find the answers she has needed, and she carries the extra confidence of knowing she already has a slam title in her pocket.

Belief is not something the 21-year-old lacks, having been groomed for stardom since the age of five.

Speaking about Swiatek, who she lost to in the junior tournament at Roland Garros four years ago, Kenin said: “Of course, she’s playing some great tennis, having great results. That obviously doesn’t mean anything if I’m playing well.

“She’s playing really well. She got to the final. She’s had some great wins. I’m sure she has a lot of confidence and is super excited for the final. I’m hoping that, with my experience from Melbourne, it will help me for Saturday’s final.”

Kenin was the player new to the big stage going into the final against Garbine Muguruza in Australia but she coped with the occasion brilliantly, coming from a set down to claim the trophy.