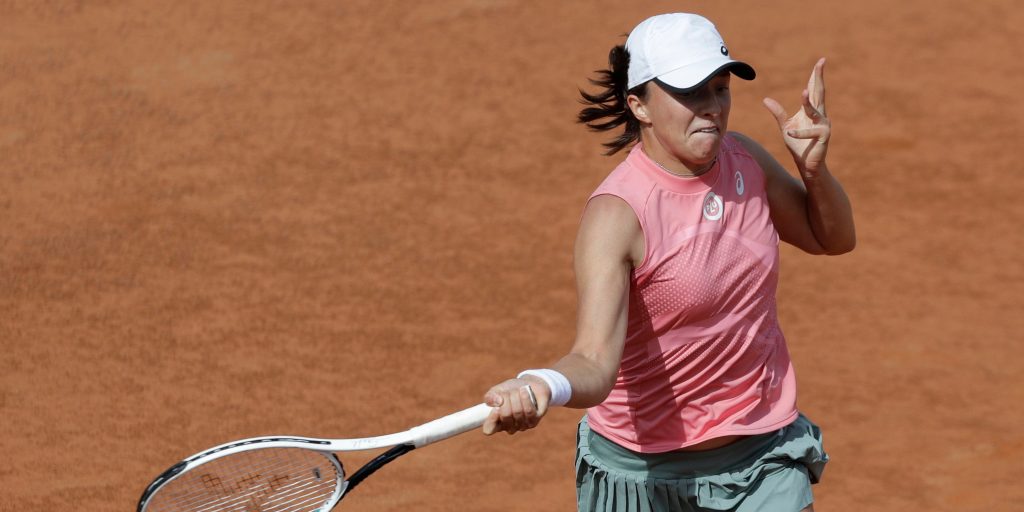 The Polish teenager produced a brilliant fortnight at Roland Garros last October and has shown on the clay again this year that she is among the very best in the world.

Victory over Karolina Pliskova on Sunday would see Swiatek break into the top 10 for the first time, while Pliskova is through to the final in the Italian capital for a third straight year.

Swiatek saw off Elina Svitolina 6-2 7-5 on Saturday morning in a match held over from Friday because of rain before prevailing 7-6 (3) 6-3 in a teenage battle against Coco Gauff.

“I knew it’s going to be tough,” she said. “Before my match with Elina, I wasn’t really thinking about what’s going to happen after.

“I was kind of searching for my game still, even though it was a quarter-final.”

Swiatek was unhappy about the scheduling, saying: “I started worrying about the semi-final right after I finished basically. Kind of mad that I couldn’t even celebrate.

“I told myself there’s nothing I can do about it, I have no influence. I was pretty surprised that we’re going to be scheduled at 4pm because the men’s semi-final was at 6pm. It’s a new experience for me.

“I tried to approach this in a positive way because I knew that I’m in a good rhythm and I’m playing really good tennis. I’m ready.”

Pliskova had shown little form to speak of in 2021 but, after winning the title in 2019 and reaching the final again last year, Rome has once again proved a profitable venue for her.

The former world No 1 defeated Croatian Petra Martic 6-1, 3-6, 6-2 and is delighted to have found the winning formula again.

“What I was doing in the beginning of the year, I think I was playing also quite well but I was just not able to have a couple of wins in a row,” she said. “I’m just super happy that I did it here.

“Somehow I feel relaxed here. I just think that maybe the balls, the courts, because I had the success in the past, I think that comes together with that feeling which I have on the court.”