‘I’m just going to have fun,’ says Barbora Krejcikova as she looks to win a French Open double 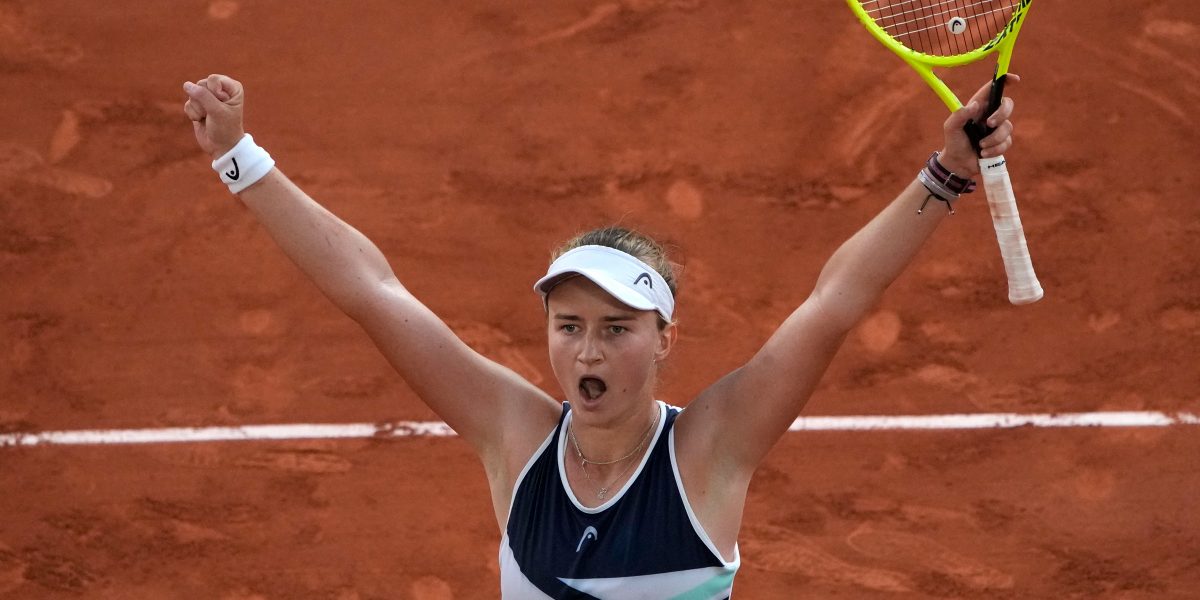 Barbora Krejcikova is having the time of her life at the French Open, and she could leave Paris with two trophies in her luggage.

After the extraordinary drama of her singles semi-final victory over Maria Sakkari on Thursday, Krejcikova returned to the court on Friday with doubles partner Katerina Siniakova, and a 6-1, 6-2 win over Magda Linette and Bernard Pera put her through to another final.

The 25-year-old is the first player since fellow Czech Lucie Safarova in 2015 to reach both finals in the same year, and she could be the first since Mary Pierce 21 years ago to lift both trophies.

Krejcikova’s success in doubles is no surprise – the 25-year-old and Siniakova have previously won both the junior and senior titles at Roland Garros – but singles is a different matter.

When she arrived in Paris for the French Open last autumn, Krejcikova was ranked outside the top 100, and a run to the fourth round was the catalyst for a singles breakthrough that she feels has been a long time in the making.

This is just her fifth time playing in the main draw of a slam in singles, and in her first final she will take on Russian Anastasia Pavlyuchenkova.

Krejcikova said: “It just took me some time, but I think right now it’s actually the right moment. Especially mentally, I think I’m just there. I really matured. I just really appreciate things a lot, especially after what I’ve gone through, also with this pandemic and everything.

“Anastasia, she’s a really good player, really experienced. She’s in a final, so she must be on a roll, playing well.

Whoever wins will give the French Open a sixth first-time slam champion in a row and, if it is 29-year-old Pavlyuchenkova, then it will be a triumph of perseverance.

She reached the junior final 15 years ago aged 14 as the outstanding young talent in the women’s game, but it is only now that she is close to achieving something that has seemed tantalising out of reach in the intervening years.

“I had a lot of doubts because I could beat top-10 players and make the quarter-finals of a major,” said Pavlyuchenkova, who is playing in her 52nd Slam main draw.

“I was very close to the semi-finals a couple of times, but then it wouldn’t happen. But I feel like I’m there, I can beat those players, but the consistency is off, something is always off. It was tough to deal with.

“Those little puzzles were not coming together every time. I guess I had a lot of expectations as well that I couldn’t deal with over the years.”

The doubles final will take place on Sunday, with Krejcikova and Siniakova taking on American Bethanie Mattek-Sands and Iga Swiatek, who has bounced back strongly from the disappointment of her singles title defence ending in the quarter-finals.