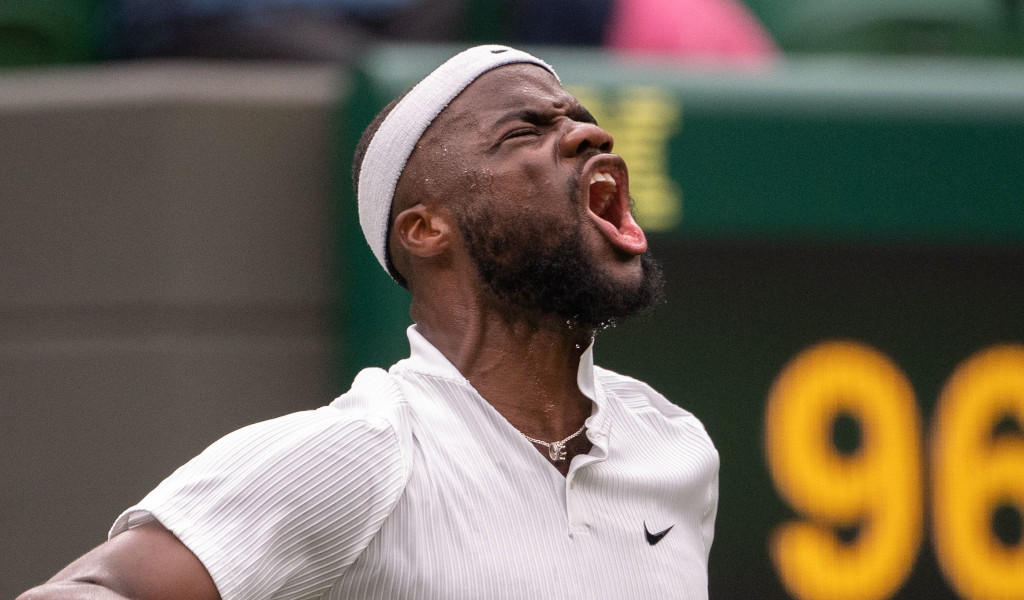 Frances Tiafoe looked forward to treating himself to a lavish meal after dumping French Open runner-up Stefanos Tsitsipas out of the first round of Wimbledon.

The American, ranked 57 in the world, registered the best win of his career, sending the third seed packing with a dominant 6-4, 6-4, 6-3 victory on Court One.

Tiafoe won a low-level warm-up event in Nottingham before reaching the Queen’s quarter-final and he was just too good for his opponent, serving with precision and dominating at the net.

And his first thoughts were of upgrading his dinner options.

“It is like eating from a bowl kind of,” he said. “It’s more so, the more matches you win, the better you do, the better the meal is.

Tiafoe showcased all of his talent during his win, producing the shot of the day in the first set when, chasing a lob, he hit an unbelievable passing winner down the line.

“Actually, when I turned back, I was like, ‘Damn, I overcooked it’. Thought it was going to go a little bit long. Hit the line. I got the crowd into it again. Bombed the serve.”

For Tsitsipas it was another struggle at Wimbledon as he went out in the first round for the third time in four visits.

It was just 15 days ago that the Greek lost the French Open final to Novak Djokovic, having been two sets up, and he admitted to not being fully motivated.

“There have been times that I was much more motivated than this. But that’s no reason for me not to play well,” he said.

“It’s just not easy. It’s a challenge on its own already. But I don’t want to put emphasis to that too much. We had a match today, had my opportunities.