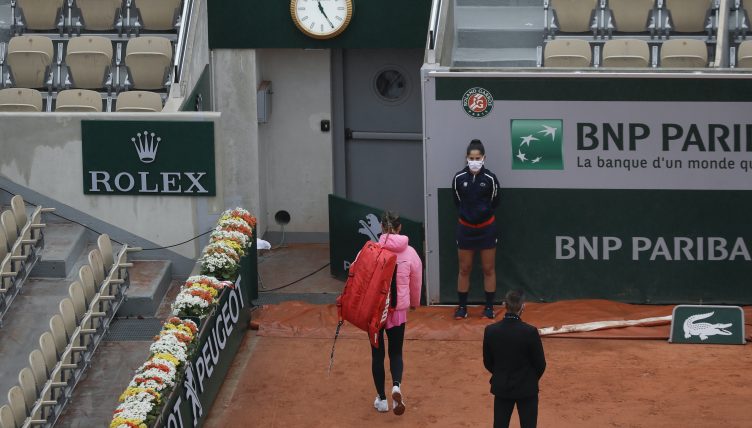 The autumnal French Open got off to an inauspicious start when Victoria Azarenka refused to continue playing her first-round match against Danka Kovinic because of the conditions.

Rain was in the air and the wind whipping up the clay on a deserted Court Suzanne Lenglen as Azarenka began her contest with Montenegrin Kovinic wearing a jacket.

After three games, which all went with serve, a chilly Azarenka sat down on her chair and demanded to see the supervisor.

She was asked to wait on court to see if conditions improved but refused, calling the playing conditions “a joke” and “ridiculous” before adding: “It’s eight degrees, I live in Florida.”

After checking with Kovinic, who also said she did not want to wait, Azarenka put on a bright pink puffer jacket and walked off court.

Play continued on the rest of the courts aside from Simonne Mathieu, where Elise Mertens and Margarita Gasparyan refused to start their match, although they did subsequently get under way.