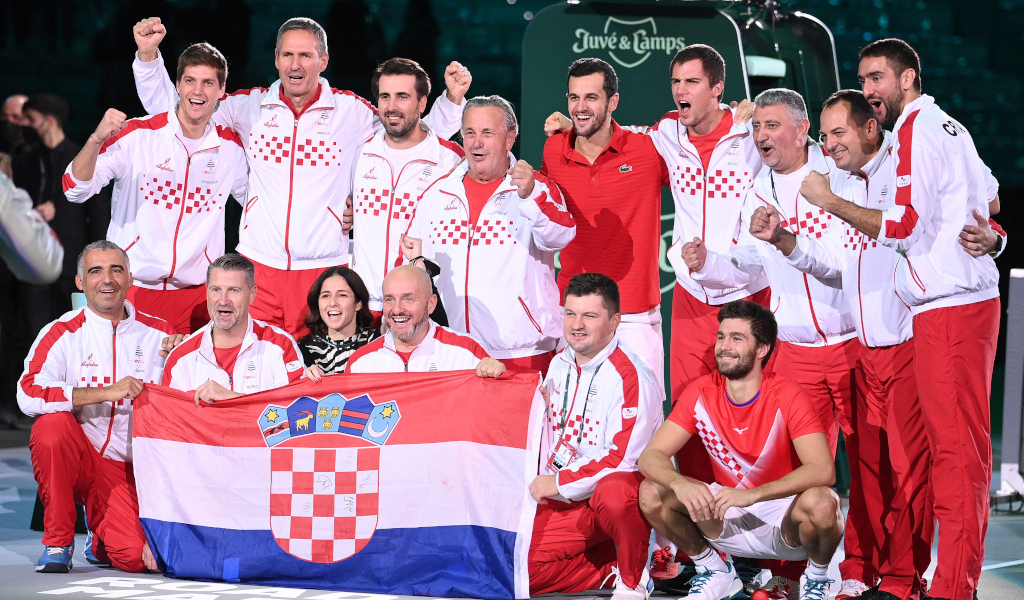 Croatia silenced a boisterous Turin crowd as they edged past Italy 2-1 to become the first team through to this year’s Davis Cup semi-finals.

World number ones Nikola Mektic and Mate Pavic clinched the decisive doubles rubber over Fabio Fognini and Simone Bolelli 6-3, 6-4 in one hour and 19 minutes.

Jannik Sinner had hit back from the brink to beat Maric Cilic and force the decider after the veteran Croatian had served for the match – and the tie – in the second set.

Croatia, winners of the tournament in 2005 and 2018, will play either Serbia or Kazakhstan for the right to contest Sunday’s final in Madrid.

“It honestly feels incredible,” said Mektic. “I don’t think anyone from us expected to go this far, but we played amazing and I can’t believe we’re going to Madrid.”

Pavic added: “I want to congratulate the Italians – they played a great tie, and in that second match [Sinner] came back from a set and a break. And to the crowd: you were unbelievable. Thank you everybody for coming.”