‘I’ve had my fair share of tears this week,’ says Ashleigh Barty after ‘heartbreaking’ end to French Open 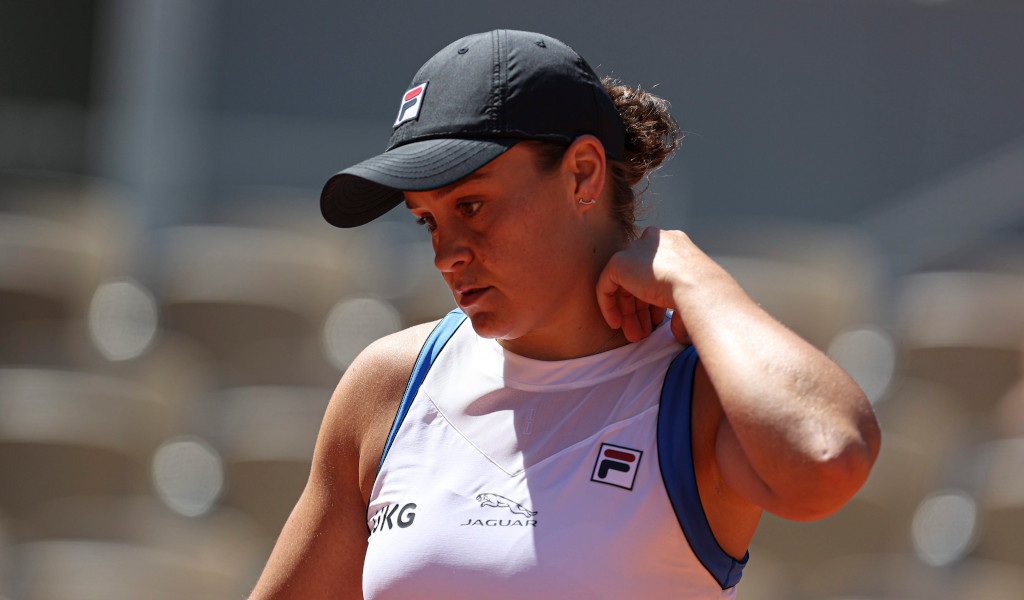 Ashleigh Barty shed tears over the “heartbreaking” injury that brought a premature end to her French Open campaign.

The world No 1 came into the tournament in great form and as one of the big favourites but struggled against Bernarda Pera in her first match and revealed afterwards that a left hip problem had flared up at the weekend.

Barty admitted it would be tough to get through more matches and so it proved, with the top seed calling it a day down 6-1, 2-2 against Pole Magda Linette.

Magda Linette progresses to the third-round after 2019 Champion Ashleigh Barty retires due to injury, 6-1, 2-2 [ret].

“It’s heartbreaking,” she said. “We have had such a brilliant clay-court season, and to get a little bit unlucky with timing more than anything to have something acute happen over the weekend and just kind of run out of time against the clock is disappointing.

“It won’t take away the brilliant three months that we have had, as much as it hurts right now.

“It was a small miracle that we were able to get on court for that first round. Today it was no better and getting worse again.

“I’ve had my fair share of tears this week. It’s all good. Everything happens for a reason. There will be a silver lining in this eventually. Once I find out what that is, it’ll make me feel a little bit better, but it will be there, I’m sure.” 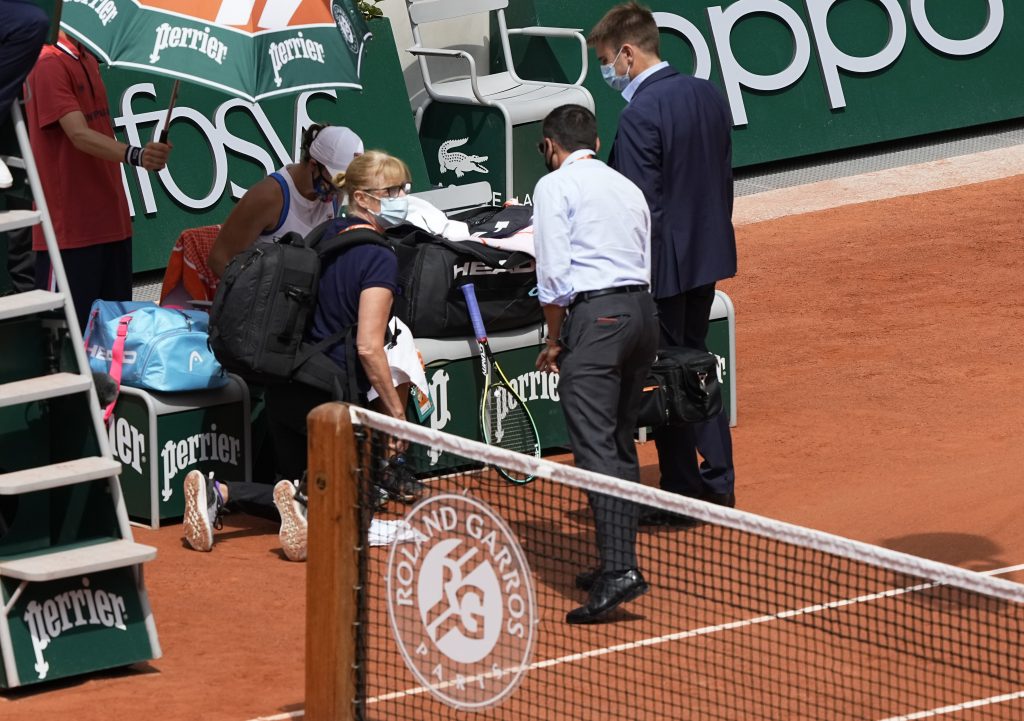 The Australian held onto her first service game but was clearly hampered and was then broken twice in succession before heading off court for treatment at the end of the set.

She played a little more freely at the start of the second set, holding serve twice in succession, but her facial expressions betrayed the discomfort she was feeling.

After Linette held serve to make it 2-2 in the second set, Barty shook her head and put her racket away.

Barty revealed the injury happened during a training session when she landed on a serve and she pulled the plug because she was becoming concerned about what might happen.

“I just tried to give myself a chance and see how it felt,” she said. “Obviously practising we’ve had our restrictions and essentially tried to stay as fresh as possible and not aggravate it in any way, but in a match that’s unavoidable at times.

“It got worse today and it was becoming at the stage where it was unsafe. As
hard as it is, it had to be done.”

The defeat ends Barty’s winning run at Roland Garros after she lifted the trophy in 2019 and chose not to defend her title last year.

She will now focus on trying to be fully fit in time for the grass, which she still rates as her favourite surface despite having won her first grand slam title on clay.

“It’s something that I’ve never experienced before,” said Barty of the injury. “Even chatting with my physio, not something she has seen regularly either.

“So we’ve been consulting with people all over the world to try and give us some insight into what the best ways to manage it are, and I’m confident we do have a plan. It’s just that we ran out of time here.

“It’s disappointing but not panic stations. We know what’s going on. We just need time to manage it to get back on the court as quickly as we can.”

Fifth seed Elina Svitolina came from 4-1 down in the second set to beat American Ann Li 6-0, 6-4 while fourth seed Sofia Kenin was a 7-5, 6-3 winner over Hailey Baptiste.