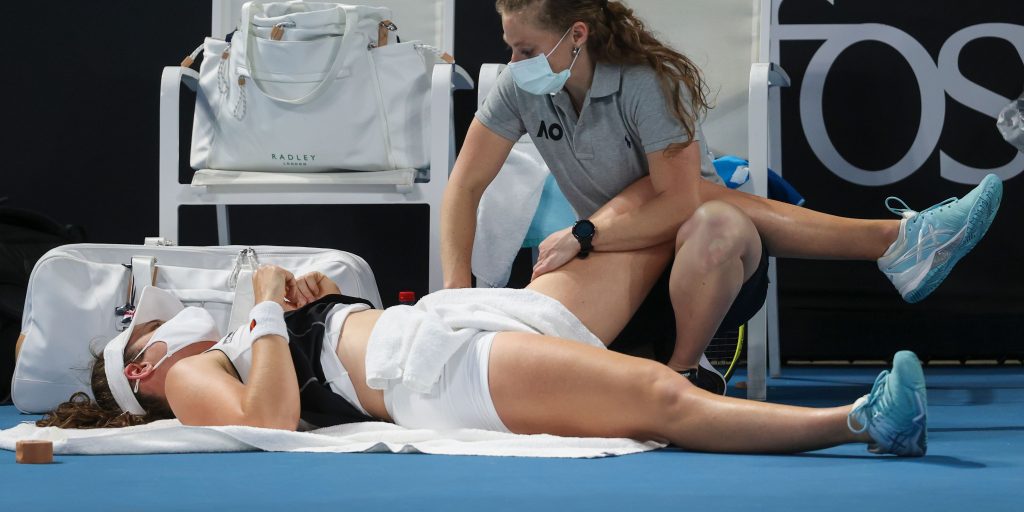 Johanna Konta was forced to retire midway through her first-round match at the Australian Open against Slovenia’s Kaja Juvan due to injury.

The British number one won the first set 6-4 but was forced to concede the match after falling 2-0 behind in the second.

Konta appeared to sustain or exacerbate the injury when she stretched for a smash towards the end of the opening set, and required an on-court medical time-out.

The 13th seed then left the court for treatment at the end of the set, and swiftly decided not to continue after losing her opening service game of the second set to love.