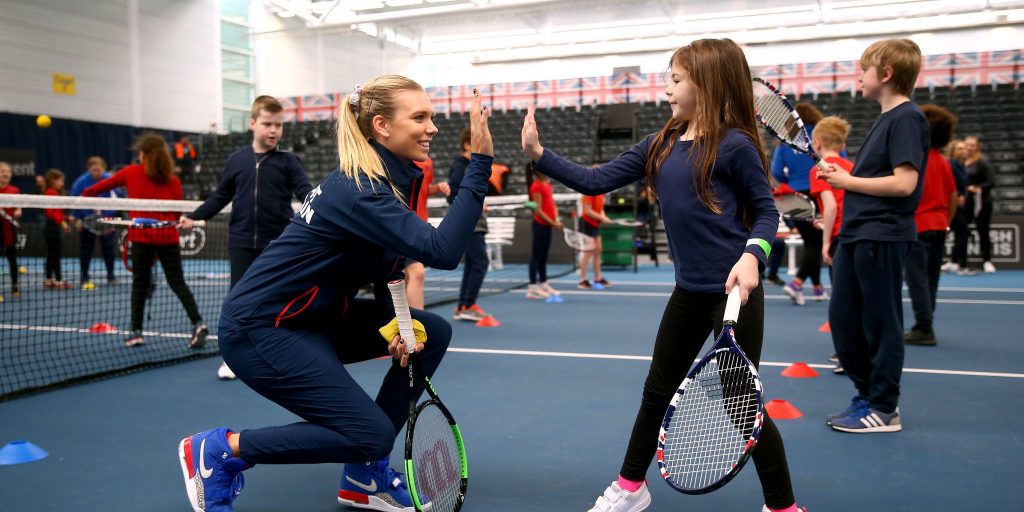 The children’s tennis programme that the Lawn Tennis Association launched following Great Britain’s Davis Cup triumph five years ago is to be rolled out across the world.

The International Tennis Federation is partnering with the LTA to distribute lesson plans and coaching materials from Tennis for Kids to national associations to help introduce young people to the sport.

The LTA says nearly 100,000 children have picked up a racket in the UK through Tennis for Kids, with more than half of those continuing to play on completion of the scheme.

Chief executive Scott Lloyd said: “From its inception, Tennis for Kids and the fantastic coaches who deliver it have inspired tens of thousands of children to get active through tennis.

“This agreement represents international recognition for the programme as a model for growing children’s participation and we’re very proud of that. I hope it proves as popular around the world as it has been here at home.”

The legacy of the Davis Cup triumph, the anniversary of which was celebrated over the weekend, was a hot topic in the aftermath of Britain’s triumph against Belgium in 2015 and there is still a lot of work to be done to ensure the era of Andy Murray results in long-term growth.

ITF president David Haggerty praised Tennis for Kids, saying: “The mission of the ITF is to deliver tennis for future generations, something we share with all 210 of our member nations.

“We are therefore delighted to endorse the LTA’s successful Tennis for Kids programme, which we can now deliver to tennis coaches around the world.”

Tennis for Kids will be part of the new LTA Youth programme for four to 18-year-olds, which is being rolled out across the country from early next year.

The strategy is designed to connect tennis activity for young players and ensure as many children as possible are introduced to, and stay in, the sport.