Johanna Konta on SW19 bubble: ‘It’s a small price to pay to be able to play at Wimbledon’ 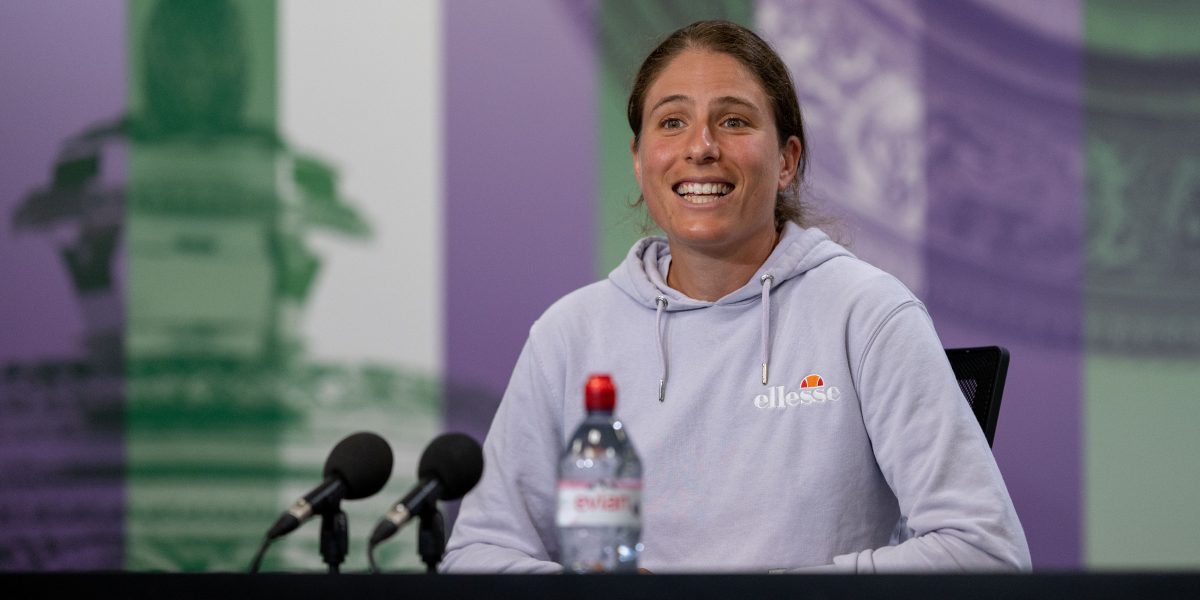 Johanna Konta may not cruise through Wimbledon but the British No 1 feels fit and ready for what she hopes will be another successful campaign.

Konta reached the quarter-finals on her last appearance two years ago having made the last four in 2017.

Like every other player in the draw, she is staying in a hotel in the centre of London, with a strict bubble meaning competitors are only allowed to leave to travel to the All England Club.

The 30-year-old, who lives in west London, said: “It is very odd. It’s odd to drive past my home every day on the way to Wimbledon.

Konta has struggled for form over the last 18 months but won her first title for four years on grass in Nottingham two weeks ago.

She then pulled out of the events in Birmingham and her home town of Eastbourne to manage a long-term knee issue that she admits could be a concern for the rest of her career.

“I feel pretty good,” said Konta. “I was able to kind of offload it, then build it back up. The pain has stayed quite low and the management of it is going well. I’m playing normal, so I’m looking forward to competing here.”

Konta is the 27th seed but has been handed a tricky first-round match against Czech Katerina Siniakova, who won the French Open doubles title earlier this month and was runner-up at the grass event in Bad Homburg on Saturday.

But the 31-year-old will not put too much pressure on himself, revealing he was inspired by watching a programme about England’s Euro 96 campaign to keep things in perspective.

He said: “I was just watching a show last night, actually Teddy Sheringham said it, there’s a picture of him in 96 with Darren Anderton. He was telling Anderton that this is why you play. It was a picture before the Germany match.

“It just sort of rang home a bit, that’s what you play for. It’s a big match, of course, at Wimbledon. (You need) to remember to enjoy it, otherwise you’ll never enjoy it, you’ll just be focusing on winning, preparing. You’ve got to enjoy it, as well.”