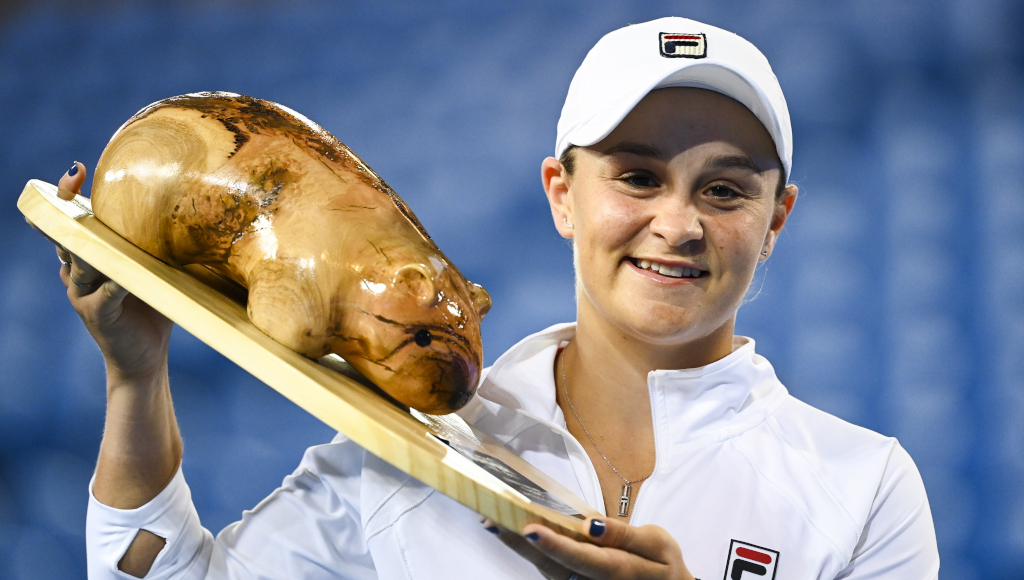 World No 1 Ashleigh Barty says she is happy with her preparation ahead of her bid to become the first home champion at the Australian Open in 43 years.

Barty had not played for 11 months due to the coronavirus pandemic but she still managed to win her warm-up event, the Yarra Valley Classic, by beating Garbine Muguruza 7-6 (7-3), 6-4.

“It’s very different. I think the circumstances and the situation is extremely different,” said Barty.

“I’m just trying to come out here and do the best that I can. I’ve done the preparation. I’ve eaten my Brussels sprouts, done everything to put myself in a position that I can go out there and perform at the best level I can.

“For me, I go into this Australian Open excited, well prepared, ready to play. Then we just see what happens come that first match. We focus on that first match, try to do the best that we can, then we go from there.”

Barty kicks off her campaign against Montenegro’s Danka Kovinic, who is ranked 77 in the world. She is joined by defending champion and fourth seed Sofia Kenin in the top half of the draw.

“I don’t really know her and haven’t quite discussed the game plan yet,” she said.

“But everyone who is here deserves to be here because they are one of the best players in the world.

“With that in mind I’m going to be coming up against a very tough opponent but it will be really nice to be out there competing.”

Konta was defeated by Irina-Camelia Begu in a marathon match lasting three hours and 35 minutes at her warm-up event, the Gippsland Trophy.

“I’ve recovered quite well, it was my longest WTA match so far so I’m quite pleased with how I pulled up after that,” she added.

“I was quite pleased with the level I played at, it was only my second match since October so I’ve got a lot to be pleased about.”

Fellow Briton Heather Watson will meet Czech Kristyna Pliskova in the opening round.

Watson, who entertained herself – and fans – during hotel quarantine by posting videos on social media, said: “This has been the worst preparation I’ve ever had for a slam, which is obvious, but I tried to make the best of a bad situation.

“All I can do is go out there on Tuesday and give the best I have and be as positive as I can. I’m very happy to be here and to have the opportunity to play, especially in front of fans.

“The social media was something that brought out my creative side. That gave me something to do for an hour or so every day.”