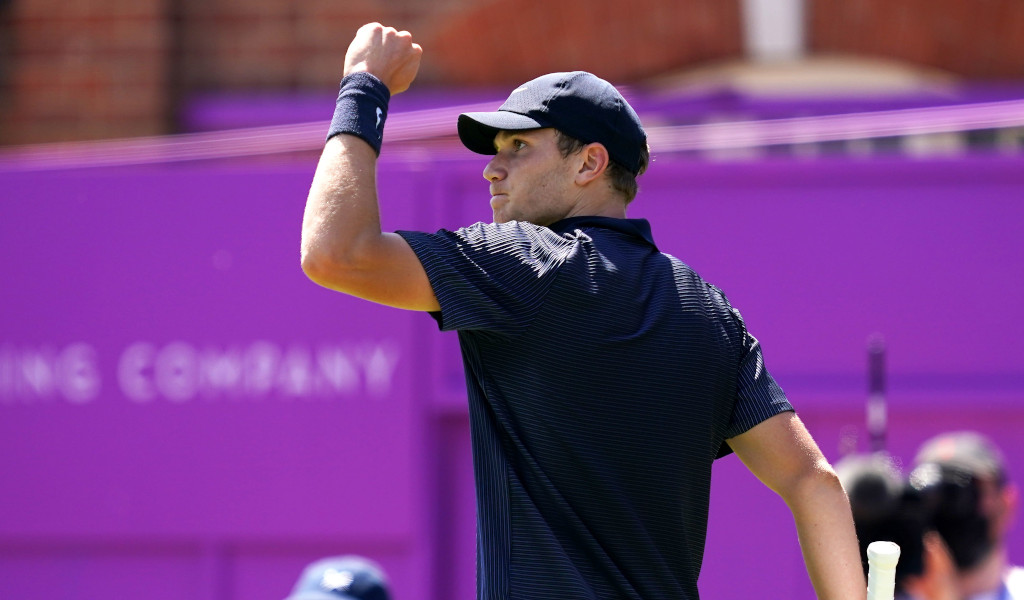 The match was played in front of spectators, with just over 2,000 allowed into Queen’s Club under the current coronavirus restrictions, and Draper wowed the returning crowd with his first win over a player in the top 200.

Jannik Sinner led 4-0.
He had 2 set points in the tiebreak.
But Jack Draper takes the opener 7-6. #cinchChampionships pic.twitter.com/DzdFzCIn25

Third seed Sinner, who reached the last 16 of the French Open last week, threatened to hand out a chastening defeat when he raced into a 4-0 lead, but left-hander Draper showed great resolve to battle back to 6-6.

Sinner had two set points in the tie-break but was unable to convert either as Draper, runner-up in the boys singles at Wimbledon in 2018, took the initiative.

In the second set Sinner served at 5-4 to level the match but Draper broke back before forcing another tie-break, which he dominated.

Draper made his ATP Tour debut earlier this year in Miami, pushing Kazakhstan’s Mikhail Kukushkin in the first set before collapsing in the heat.

Having secured his maiden victory on the UK’s hottest day of the year so far – the temperature hit 28 in west London – Draper said: “Miami was a bit of a wake-up call for me in terms of getting my fitness levels back to where they should be at for this level.

What a way to claim your 1st @atptour win 👏 Jack Draper 👏#cinchChampionships pic.twitter.com/Mrj9MH97cS

“So I worked really hard. I did a training block for four weeks before heading out and playing some events where I got quite a few good matches.

“But in the second week I strained my ab. My preparation for this tournament actually hasn’t been excellent – I only started serving about three days ago.

“That’s my problem at the moment, just staying on court, getting my body right, which is really important. Since Miami started, I’ve been looking more and more at my diet and what I’m eating more professionally.

“So, yeah, hopefully I’ll be able to stay on court and compete hard in matches. 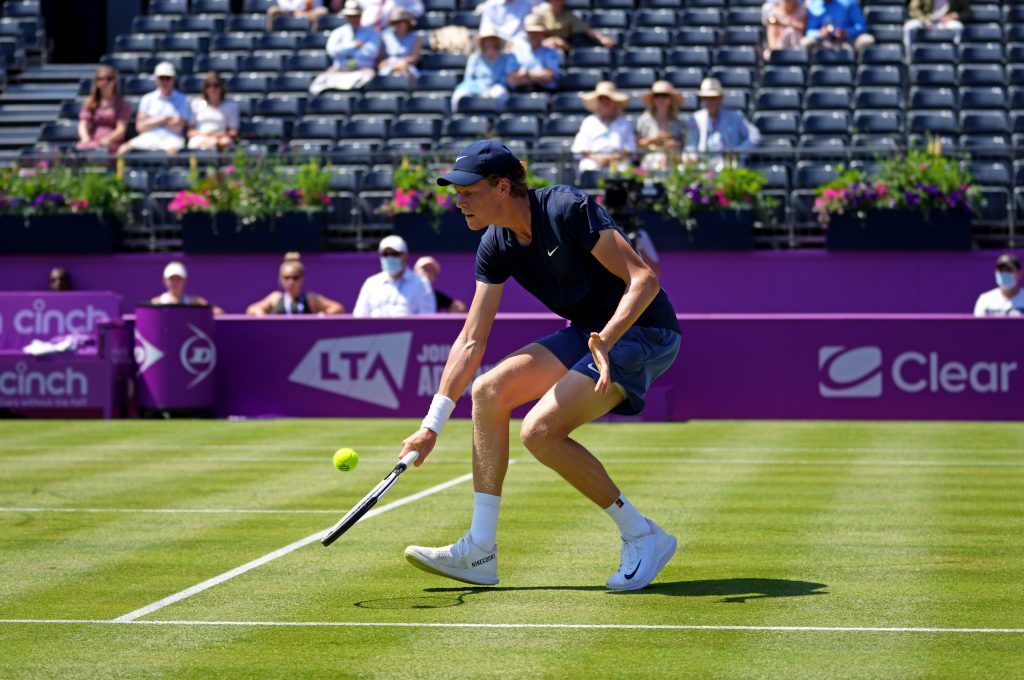 “I knew it was going to be really tough, because Jannik is one of the best. He’s the best player in our age group.

“I was quite nervous going onto the court, but after I settled in and after I played quite a few points I felt like the crowd really helped me to feel comfortable.”

Sinner added: “I think today he deserved to win, so obviously I wish him good luck with hopefully no more injuries from his side.”

Draper will face either Alexander Bublik or Jeremy Chardy in round two on Wednesday.