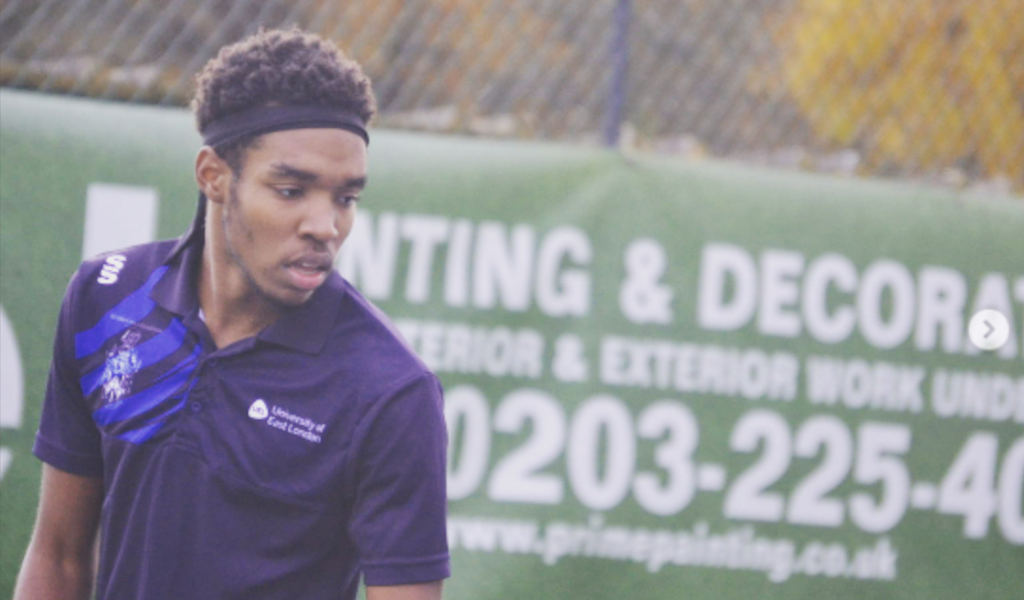 Jaidyn Murray lives and breathes tennis, but his own experiences as a black man in the sport prompt a stark admission.

“I always said I’d never let my kids play tennis because of how hard I know it is for us to get through,” he told the PA news agency.

Coming through the ranks as a player in Middlesex, Murray had to fight through the feeling that he did not fit in.

“It’s such an underlying racism, it’s not blatant,” he said. “I would walk in in my tracksuit, with my headphones, I don’t look like I fit the part of a tennis player. You get looks, people are very wary of you. ‘Are you in the right place?’

“And then it seemed I wasn’t getting the same opportunities as other people that I might have been better than.”

After playing for the University of East London tennis team and working as a coach on the side to earn money, Murray decided to pursue the path full-time and now, five years later, he coaches in Chingford for the WimX Academy.

The Lawn Tennis Association’s vision of Tennis Opened Up, launched in 2019, aims to make the sport a very different place for the Jaidyn Murrays of today and tomorrow, and he is heartened by the changes that have already been made.

“Now I feel I can express who I am without feeling like I’m going to be judged,” he said. “People still want to have the narrative of tennis is a white man’s sport but necessarily it’s changing and we’ve got to embrace it.

“I think the LTA is now backing us and saying: ‘Be you’. The confidence I’ve gained from that has been crazy.

“My mum and my dad were very much: ‘Look, you’ve pushed through some hard times, you might be the one that can inspire someone to become a coach’.

“That was the biggest thing for me. That’s motivated me to stick on it no matter how hard it gets. I kept pushing and it’s been noticed, which is good.

“You look around now and there’s coaches for everyone, and the LTA is now even teaching coaches about how to deal with certain situations with ethnic minorities. Now I’d feel more comfortable putting my kid in that situation knowing they wouldn’t be discriminated against.”

In May last year, the LTA published its inclusion strategy focusing on long-term cultural change and setting out actions to achieve that.

In an update last week, the governing body revealed it had achieved more than 50 per cent of the actions set out, including increasing diversity on its board, council and overall staff and establishing a board level Inclusion and Diversity Advisory Group.

The LTA has also established a partnership with the Refugee Employment Network while more than 14,000 people now participate in its SERVES programme, which takes tennis into non-traditional venues in disadvantaged communities.

Chief executive Scott Lloyd is keen to avoid too many pats on the back, saying: “Right direction yes but ultimately this is core and central to how we want to live inclusion day in, day out. That’s the thing I always try to make sure my team and us as a group of colleagues think about.

“We’re only halfway through even those actions and they will take time to embed themselves and hopefully deliver the progress we’re aiming for.”

Establishing a wider set of data on the whole tennis workforce in Britain is another important step, with coaching and club volunteering areas where diversity remains lacking.

“To see these things filter through into numbers will take some time,” said Lloyd. “We’re starting to put some teeth into the way that we work with our counties and the governance that’s expected from them, particularly in respect of things like funding.

“From a coaching side of things, we’ve put in place a number of grants for qualifications. So some specific actions and support to try to help get the diversity into our workforce.”

Jaidyn Murray highlights financial help as key to boosting diversity in coaching but visibility in many ways he sees as the biggest thing.

“We were limiting ourselves to a small population,” he said. “The world’s a big place, especially London is very diverse. We need to tap into the communities that don’t have the opportunities.

“I’ve been going into schools, which I love doing. You see the kids’ faces, ‘The tennis coach is black, what’s going on here?’ And they gain an interest in it. I’m here because of my passion but also I’m showing an image. It puts a smile on my face, it really does.”