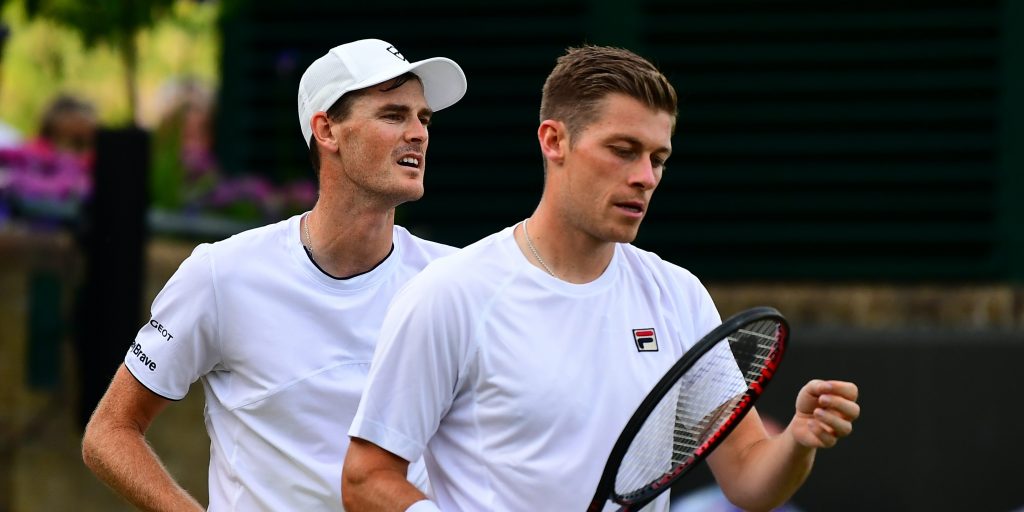 Britain’s doubles players are keeping the flag flying in fine style at the French Open.

An inquest began after all six singles players lost in the first round, but there is no doubt about the health of British men’s doubles and three players will compete in the quarter-finals at Roland Garros.

Jamie Murray and Neal Skupski produced one of their best performances together to beat second seeds Marcel Granollers and Horacio Zeballos 6-3, 4-6, 6-4.

Murray has now matched his best run in Paris while this is new ground for Skupski, and the pair will next face defending champions Kevin Krawietz and Andreas Mies.

Murray said: “We did really well. I think we played a really good match from start to finish. We knew it was going to be really tough against those guys, very good team and very competitive, always bringing a lot of energy to the court.

“But I think we did a really good job. Did well to hang in at the start of the third set after letting the second set slip a little bit and super happy to win.”

Murray reached the final of the other three slams with previous partners, winning the Australian and US Open titles with Bruno Soares in 2016, but has made the semi-finals at a slam only once since.

The Scot said: “I feel mentally ready to go and do well again, play well in these tournaments and try to win these events.

“But two weeks is a long time. You know you’re going to have to battle at some point, and that’s what we have been doing. Conditions are not easy. I’m really excited to be in the second week. Quarter-finals now – anything can happen.”

Ram and Salisbury won the Australian Open title in January and are leading the doubles standings for this season having also made the last four at the US Open.

It was sweet revenge for the pair having lost to Chardy and Martin in the last eight in Paris last year, and Salisbury said: “We knew it would be tough. But we played really well throughout, I think.

“We know that if we do our thing that we can beat any of the teams. So it’s going to be more about focusing on ourselves and hoping that we can perform like we did today.”