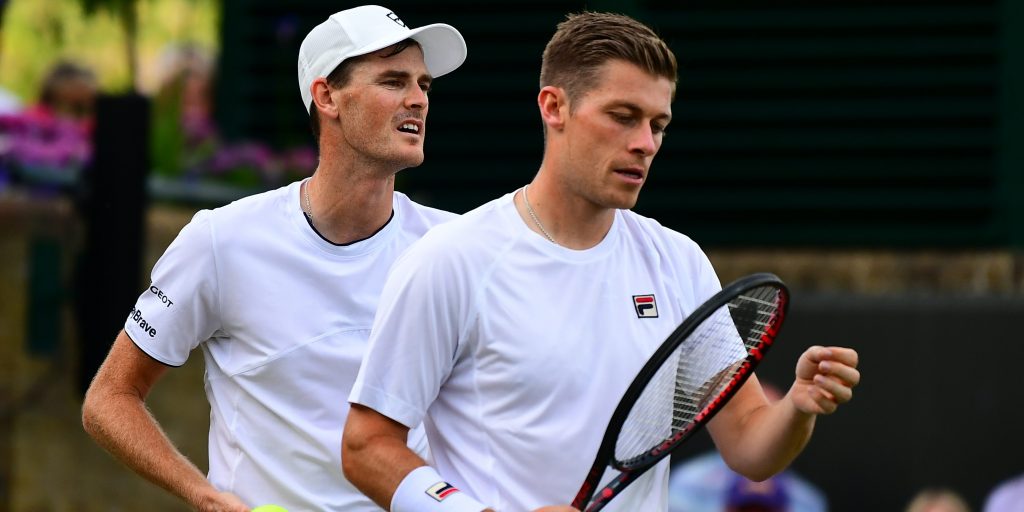 Jamie Murray and Neal Skupski’s hopes of qualifying for the ATP Finals in London suffered a major blow with defeat by Lukasz Kubot and Marcelo Melo in the second round of the Rolex Paris Masters.

Murray and Skupski went into the tournament ranked seventh in the standings for the season-ending eight-team event at London’s O2 Arena, which begins on November 15.

But Pole Kubot and Brazilian Melo will overtake them after their 6-2, 1-6, 10-6 victory in the French capital.

Murray and Skupski hit back well after losing the opening set but two double faults in the deciding tie-break cost them dearly and they must now hope other results go their way if they are to play in their first ATP Finals as a team.

Jurgen Melzer and Edouard Roger-Vasselin, who currently sit ninth in the standings, are already through to the quarter-finals and will overtake Murray and Skupski with another victory.

There is one qualifying event left, the Sofia Open next week, but the points on offer are much lower than in Paris.

Skupski has never played at the O2 while Murray appeared every year between 2015 and 2018 with previous partners John Peers and Bruno Soares.

In singles, Diego Schwartzman is one win away from claiming the final singles spot at the O2.

The Argentinian defeated Alejandro Davidovich Fokina 6-1, 6-1 to reach the quarter-finals in Paris and can only be denied if Spain’s Pablo Carreno Busta wins the title.