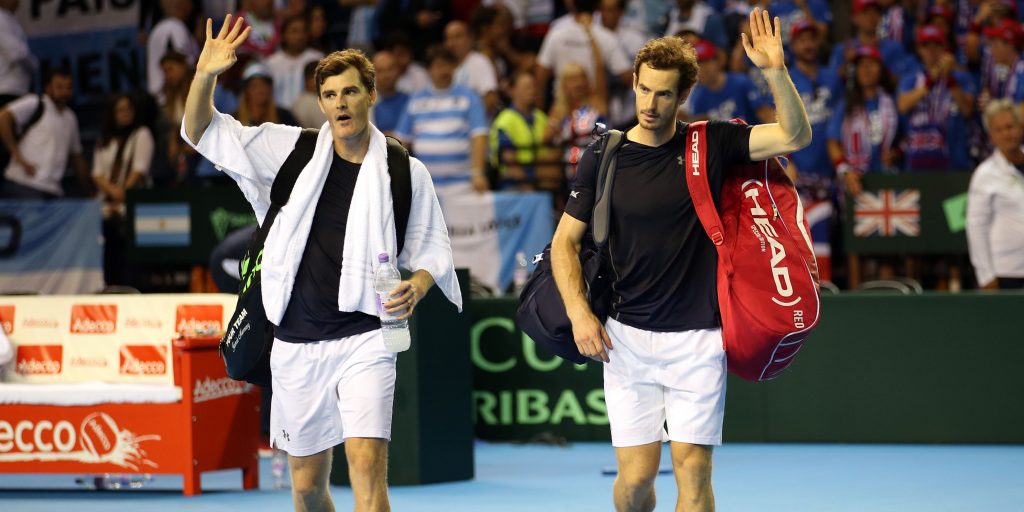 Jamie Murray has defended the Covid-19 protocols at the National Tennis Centre after criticism from brother Andy, whose positive test forced him to miss the Australian Open.

Former world No 1 Andy Murray had to isolate after testing positive on January 11 and was unable to take up his seat on the charter flight organised by Tennis Australia.

The 33-year-old has no doubt that he picked up the illness, which left him feeling under the weather for a couple of days, while training at the facility in Roehampton.

‘I was p***ed off,’ says Andy Murray as he bemoans lax protocols at training facility after positive Covid-19 case

Jamie Murray said: “I think it was unfortunate what happened, that they had a bit of an outbreak.

“Obviously it happened to Andy, which is going to be big news, and in that short time where we had to be Covid-free in order to fly to Australia.

“I think overall from the beginning of the pandemic when they were able to open the centre until now, like they have done an incredible job. The set-ups that they had in place, the protocols, all that stuff, the testing, they have done a great job.

“Obviously over Christmas it was like height of the virus for us, and players go off back home for a few days all over the country, various hot spots and stuff, and it seems like someone’s obviously brought it back into the centre and they haven’t been tested and then it’s kind of – it’s got out to players and coaches, which is unfortunate.

“But me personally, I don’t necessarily feel like it’s their fault or it’s them to blame. I think overall they have done an amazing job, and I think to have the centre open to give all the players opportunities to train all the way through the pandemic, for me it was impressive.

“It’s just a shame that in this moment they had some positive tests and it happened to be Andy, which is obviously a big shame with the amount of work that he’s put in to get to this point to prepare himself for Australia, and all that’s down the drain.

“I was gutted for him, obviously, as was he, I’m sure, very frustrated.”

Murray was speaking after winning the Adelaide Open title in his first tournament since reuniting with former partner Bruno Soares, beating Pablo Andujar and Pedro Martinez in straight sets.