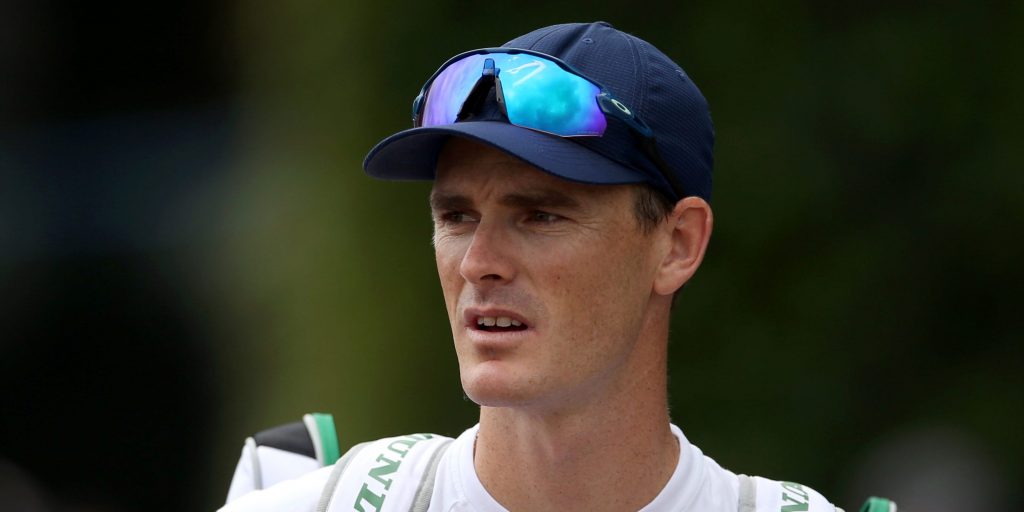 Jamie Murray has criticised the French Tennis Federation for its treatment of doubles players at Roland Garros.

Overall doubles prize money is down by nearly a quarter compared to last year’s tournament while singles prize money has dropped by just six per cent.

On top of twice moving their event dates to suit themselves, The @FFTennis continues their “we don’t give a ****” mentality by cutting the doubles prize fund by 23%. ✂️ (1/2)

“I think it’s really sh***y, to be honest,” Murray said. “It’s the first time I think ever that the grand slams have gone away from the distribution of prize money, which I think sets a dangerous precedent for the doubles game.

“Now I’m playing this tournament and I’ve got to win five matches to get to a Grand Slam final playing against the best players in the world in order to make the same as a guy who comes and loses in the first round of the singles.

Thanks for actively supporting all players across the tour. 🤗

Ps. Your official hotel for doubles players is absolute toilet. 🚽

Pps. Thanks for allowing us the opportunity to bring one team member to support us during the event. 👨‍❤️‍👨 👍 (2/2)

Murray also highlighted his unhappiness with the hotel that doubles players are required to stay in as part of coronavirus protocols, describing it on Twitter as “absolute toilet”.

After a first-round victory with Brazilian partner Bruno Soares over British pair Dominic Inglot and Luke Bambridge, Murray said: “If this was normal times and you could choose your hotel, no-one’s staying at that hotel. I get that you can’t stay at the Ritz with 500 people but, for me, it’s not a great set-up.”

Murray and Soares won two Grand Slam titles together in 2016 and reunited at the start of this season after a year and a half apart. 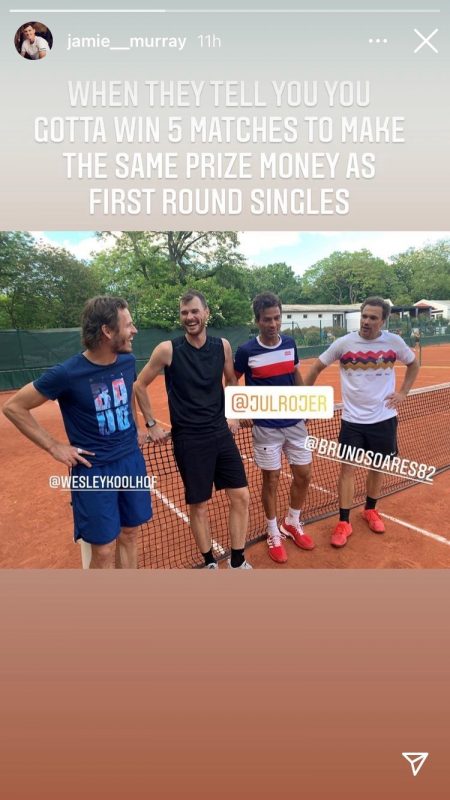 They made a brilliant start, winning their first tournament back together in Melbourne in February and then reaching the semi-finals of the Australian Open, but they had won only two of six matches since prior to Tuesday’s victory.

Murray admitted he has struggled with life stuck in sterile bubbles, which will continue when he goes home for the grass-court season despite living five minutes from Wimbledon.

“I’m doing better than Bruno,” he said. “It’s just been going on so long now and it’s just frustrating. You can’t get away from it. You play your match and you go back to the hotel and you just sit there and stare at the walls and think about the match because there’s nothing else to do.

“You can’t go for dinner with your friends. You can’t fly home normally because it’s just difficult to fly, it’s bloody expensive to go home now because you have got to pay for Covid tests.

“It’s not been that much fun recently but it’s obviously harder if you lose and you’re not winning matches, which I haven’t been doing.”

Murray is also frustrated by Government restrictions that will keep Wimbledon jumping through coronavirus hoops despite the possibility that all limits on social contact in England could have been lifted.

“So why aren’t these people rewarded by being allowed to go to Wimbledon? And not even just for Wimbledon, all the events in the summer, concerts, the Euros – let’s see Scotland against England with a full house.”

Murray was relieved to get through the first round in Paris and hopes that could herald better times ahead.

He said: “We’re still alive. I still think we’re a great team, we’re playing well, we’re competing hard. I still believe we can go and have a good tournament here even though we didn’t have a good clay season until this point. The past is the past.”