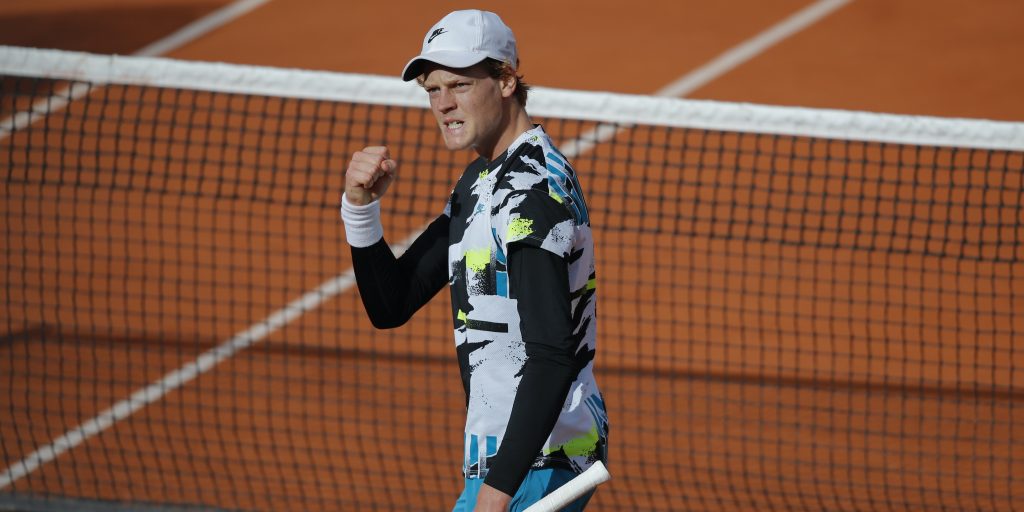 Rafael Nadal showed his claws to Sebastian Korda to race into the French Open quarter-finals, but Jannik Sinner struck a blow for the next generation by upsetting Alexander Zverev.

Sinner, 19, has been strangely under the radar this week despite being the hottest teenage prospect in men’s tennis and through to the last 16 at a Slam for the first time.

He showed in winning the Next Gen ATP Finals last year that his explosive game and fearlessness make him a hugely exciting talent, and it has not taken him long to produce that on a Grand Slam stage.

This is the Italian’s debut at Roland Garros and he will get the chance to test himself against Nadal after a 6-3, 6-3, 4-6, 6-3 victory over US Open finalist Zverev.

The German appeared to be feeling under the weather and sought advice from the doctor early on, and he never recovered from a bad start.

Sinner showed in the fourth set that he possesses plenty of steel to go with the flashy shots, coming out on top of a series of close games before serving out the biggest win of his career.

The Italian is the first debutant to make it this far at Roland Garros since Nadal won his first title in 2005, and the youngest man to reach the quarter-finals at a slam since Novak Djokovic 14 years ago.

Korda, 20, idolised Nadal to such an extent that he named his cat after him but the Spaniard was in a ruthless mood and allowed the youngster just four games in a 6-1, 6-1, 6-2 victory.

It certainly felt like that, with Korda’s only real chance coming at the start of the third set, when he led 2-0, only for Nadal to reel off six games in a row.

The scoreline certainly did not ruin the occasion for Korda, though, who was able to appreciate Nadal’s shots even as they were flying past him and used the opportunity to ask his hero for an autograph.

Korda said: “Ever since I was a kid, I was in love with him and everything about him. I would watch every single match.

“He almost hit an around-the-net forehand and I was kind of begging for it to go in because that would have been the coolest thing ever. And then he hit a running forehand winner on me at the lines. I just said to myself, ‘This is awesome’.

“I don’t know if anyone’s ever asked him for an autograph after a match, but that was definitely the coolest moment of my life and one I’ll never forget for sure.”

Nadal set out to dent his opponent’s belief early on and did just that, saying: “I think he started the match playing well. Of course it was tough for him because after he played I think two very good games, he was 2-0 in the score.

“When you play against a player with big talent, young players, when they start well and they are in front of the score, you encourage them. So for me it was important the beginning and I fought for that couple of games in the beginning.”

Nadal has lost just 23 games in four matches, and the concerns about the conditions making life tough for him seem a long time ago.

The second seed said: “I’m in the quarter-finals without losing a set and having very positive scores. So I can’t complain at all.

“I am quite happy about the way that I am playing and the practices I am feeling every time a little bit better and better. Today the conditions out there have been so difficult to play a fantastic match because the wind was very high. But in general terms I am very happy.”