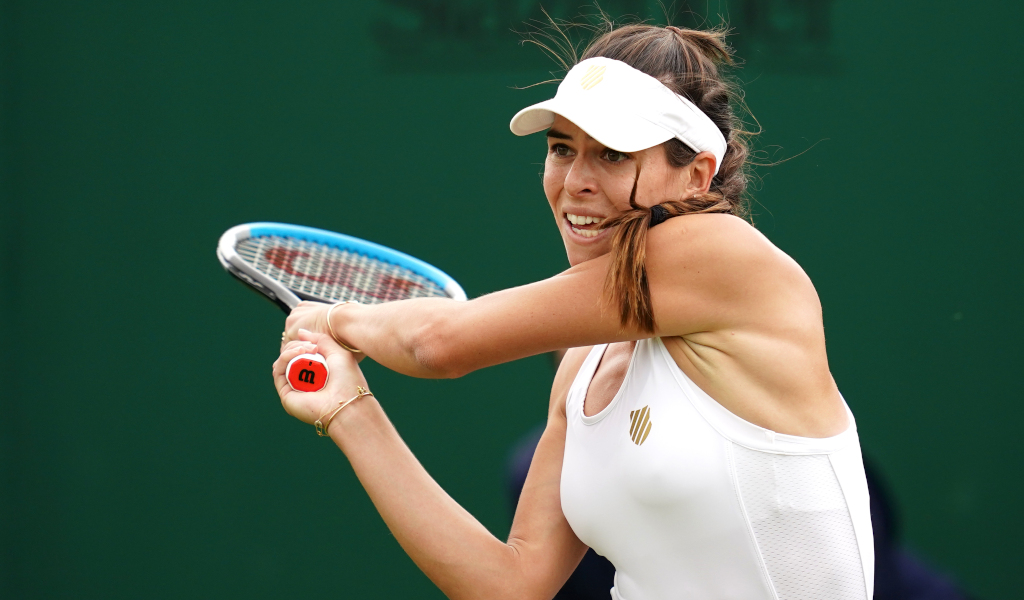 Tomljanovic accused the former French Open champion of lying about an injury when she asked to see a physio as the Australian was about to serve at 4-0 up in the deciding set.

Ostapenko went for a medical timeout and won the next two games before Tomljanovic finished the job to seal a 4-6, 6-4, 6-2 win and set up a fourth-round meeting with British star Emma Raducanu.

The handshake at the end of the match was far from cordial as the fiery Latvian said she had “zero respect” for her opponent and later stated in her press conference that she would have won had she been able to play at just 50 per cent.

“I think it was very disrespectful what she did,” Ostapenko said.

“I mean, how can you say liar or something if you know zero about it, maybe I already had this injury before. Maybe it’s not new pain or something. How can you say this? You cannot say that. In front of everybody, call me liar? I don’t think it’s respectful from her side.

“So that’s what I said, a very bad player because of this behaviour. That’s it. You are winning, but it does not mean you can do everything you want.

“In the second set already I was just trying to forget about it. ‘OK, let’s play, let’s play. Let’s focus on the match’.

“But I couldn’t, because it was more and more painful, and at some point I couldn’t really serve, like, I think everybody saw I was serving much weaker than normal.

“As I said, it’s very, very disrespectful from her side, because she knows zero about what I had, my injury and everything. I think my level today was, like, not good after the first set, because if I played at least 50 per cent I would have beaten her.”

Tomljanovic accused Ostapenko of calling for the physio to put her off.

“I have been in situations where players use that medical timeout to get their opponent off, usually when they are losing badly and when it’s, like, the match was getting closer to the end,” she said.

“She can say she was injured. I don’t think she was. There was nothing wrong with her the whole match, but then why on 4-0 she calls it?

“So I think that that’s a clear reason that she just wanted to get me off my game. Usually if you are dealing with an injury, at least this is how I go about it, you maybe say, ‘Hey, can you call the physio on the next changeover?’.

“You don’t just go and sit down when your opponent is about to serve to go up 5-0 potentially.

“So that’s one. Game-wise, there was nothing wrong with her, from my side. I have played her. I have played many people. I know when someone is injured and when they’re not.

“Then to top it all off, for her to call me disrespectful at the end of the match is just, at that point, it’s laughable. I think it’s disgraceful behaviour from someone that is a Slam champion, because kids look at her and, what, they see that?

“I’m sorry, if she was injured, she could have gone about it in a way better way. Whatever she says, she can say. But this is my opinion on it.”