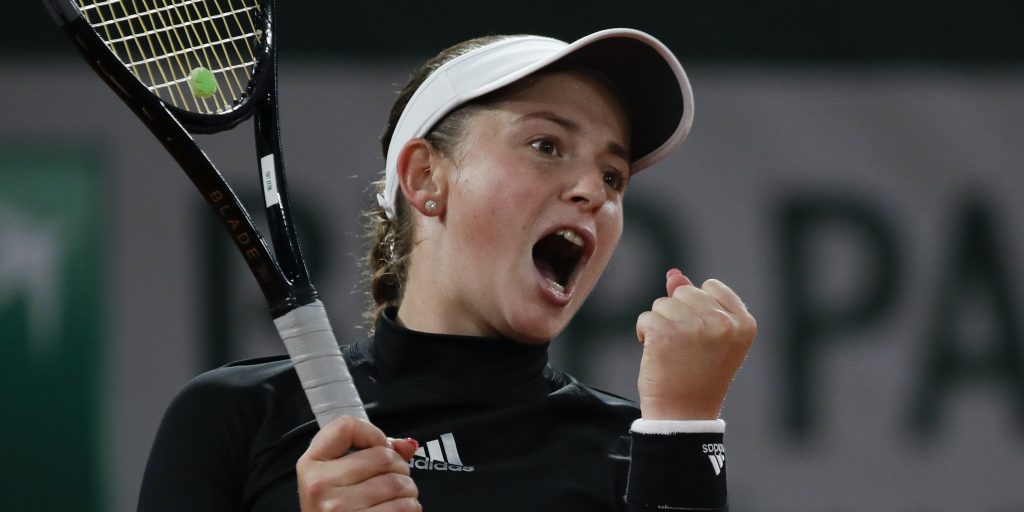 Jelena Ostapenko is making Roland Garros sit up and take notice once again.

Days after her 20th birthday in 2017, Ostapenko became one of the most surprising Grand Slam champions in tennis history when she lifted the French Open trophy.

Her run was characterised by utterly ruthless ball striking and virtually no margin for error, which she managed to sustain for seven thrilling matches.

Back to her best?

See the highlights of how @JelenaOstapenk8 dismantled Pliskova 👇#RolandGarros pic.twitter.com/QyvVBO6ecT

Ostapenko found repeating that much more difficult, and pressure and expectation began to weigh heavily as she dropped outside the world’s top 80.

The Latvian, now 23, is back up to 43 and, if she can maintain the form that saw her topple second seed Karolina Pliskova with an emphatic 6-4, 6-2 victory in the second round, she will be a danger to all over the next week and a half.

Ostapenko said: “It’s hard to compare because that was three years ago and I was fearless, nobody really knew me, but now players get to know me more. They know how I can play. They know how to play probably against me.

“Of course it’s in my memory because it’s the biggest win of my career so far, but I have to move forward and the world doesn’t stop with winning only one Grand Slam.

“Of course I want to achieve more and I want to be back in the top five, top 10. Step by step. That’s what I’m working on, my consistency. Still being an aggressive player, I think it can bring me a lot of wins, but consistency probably in my game is the key.”

Ostapenko produced plenty of winners against Pliskova – 27 in total – but she was also content to stay in rallies, pulling her opponent around the baseline and throwing in several successful drop shots.

“I think I was playing good today,” said Ostapenko. “I knew it was going to be a tough match, so I was trying to be very focused all match. Just playing my game.

“Also just trying to keep the ball in play to make sure I’m not missing and making too many unforced errors. But when I had the chance I was going for it.”

Pliskova has been a permanent fixture in the top 10 for the past five years but has underperformed at the slams, going beyond the fourth round just once in the last two seasons.

The Czech said: “I’m sure I could do much better. I know that she can be tough if she’s playing well, but I think everything started with me.”

Fourth seed Sofia Kenin is now the highest remaining seed in the bottom half of the draw, but she has been living dangerously so far and battled past Romania’s Ana Bogdan 3-6, 6-3, 6-2.

It was the end of the road, though, for 17-year-old qualifier Clara Tauson, who upset Jennifer Brady in round one but was beaten 6-2, 6-3 by Danielle Collins in the second round.