‘I’m thrilled to be in the semi-finals of the US Open,’ says Jennifer Brady after reaching milestone 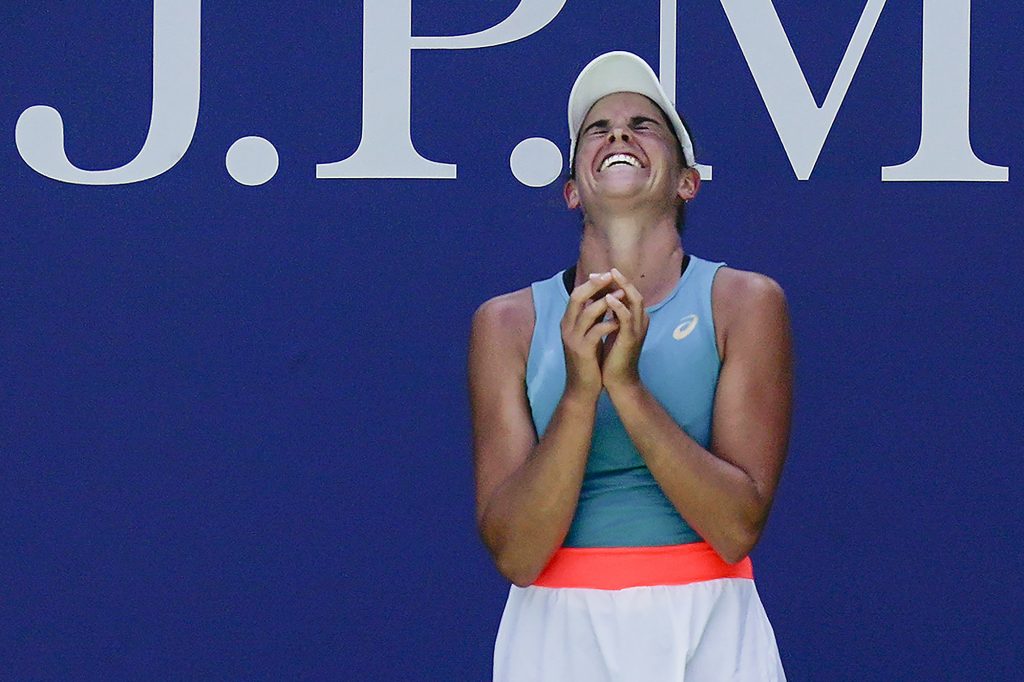 Jennifer Brady cruised into her first Grand Slam semi-final at the US Open with a comfortable straight-sets win over Yulia Putintseva.

The 28th-seeded American never surrendered her advantage after charging into an immediate double break, and needed just over an hour to wrap up a 6-3 6-2 win.

Brady, who beat former champion Angelique Kerber in the previous round, is yet to drop a set in the tournament and will play either fourth seed Naomi Osaka or compatriot Shelby Rogers in the last four.

Brady, who was beaten in both her previous meetings with the Kazakh, said: “I felt like today I was a lot more aggressive off the first ball.

“I came out with nerves, obviously, and I think she did too because it’s our first quarter-final, but I just tried to treat it like any other match.

“I was happy with the way I started and I was able to keep that momentum and build off that. I’m thrilled to be in the semi-finals of the US Open.”

Sealed with a challenge.

The 25-year-old Brady had shown signs of promising form when the sport resumed last month and she won her first tour title in Kentucky.

And her strong, front-foot game was too much for the awkward Putintseva, who cut a frustrated figure after flopping her opening two service games and subsequently the first set.

Dictating most of the action off her strong first serve, Brady broke again at the start of the second much to frustration of the Kazakh, who hurled her racket to the court.

A rare moment of success saw Putintseva break back but Rogers responded immediately and ultimately coasted into the semi-finals with the minimum of fuss.