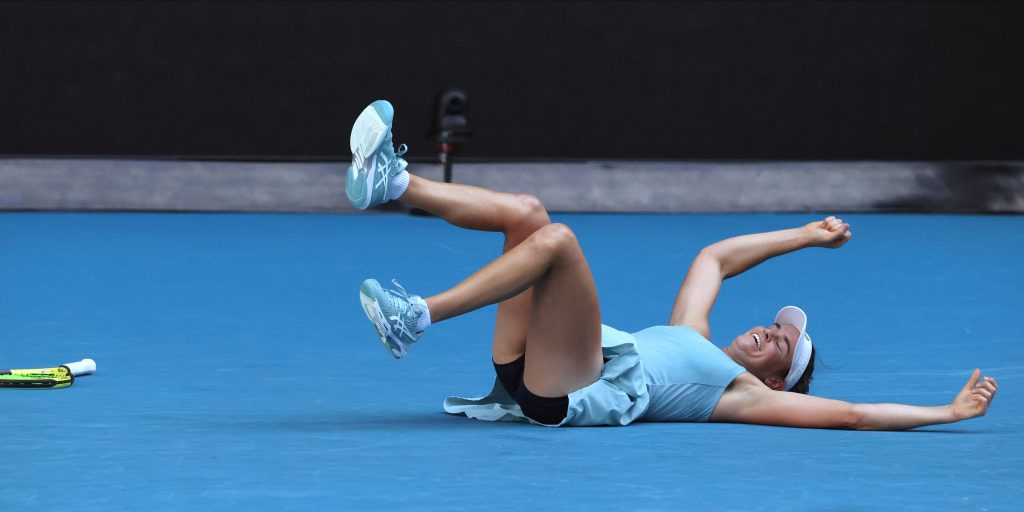 Brady made her slam breakthrough with a run to the last four at the US Open last summer before losing to Naomi Osaka and has taken full advantage of a draw that opened up at Melbourne Park.

A 6-4, 3-6, 6-4 victory over first-time slam semi-finalist Muchova sets up a rematch on Saturday with Osaka, who saw off Serena Williams in the earlier clash.

When you secure a spot in your first Grand Slam singles final 🙌@jennifurbrady95 | #AusOpen | #AO2021 pic.twitter.com/CKnKiIJ2rF

Brady looked to have things under control when she brought up two match points at 5-4 in the deciding set, and dropped to her knees on the second one thinking she had won only to realise her shot was just out.

Muchova had three break points but made errors on all of them and Brady finally clinched her fifth match point when her opponent drove a forehand long.

Brady fell to the court at the winning moment, and said: “I can’t feel my legs. My legs are shaking, my heart is racing.

“I was feeling a little strange today. I was super excited but at the same time I was pretty flat-footed. I felt like I was stuck in mud. I didn’t really pick up my intensity until the beginning of the third set.

“I’m obviously pretty excited to be in the finals. It’s an incredible achievement but I think it will be a really tough match, obviously she’s won a few grand slams, we had a tough match at the US Open in the semi-finals. She even said it was one of her top-two matches, which was a little unfortunate for me.”

The open nature of the women’s game is highlighted by the fact Brady is the seventh woman to make her maiden slam final in the past nine tournaments.

Five of the other six went on to win the title, including Sofia Kenin in Melbourne last year and Iga Swiatek at the French Open in October. 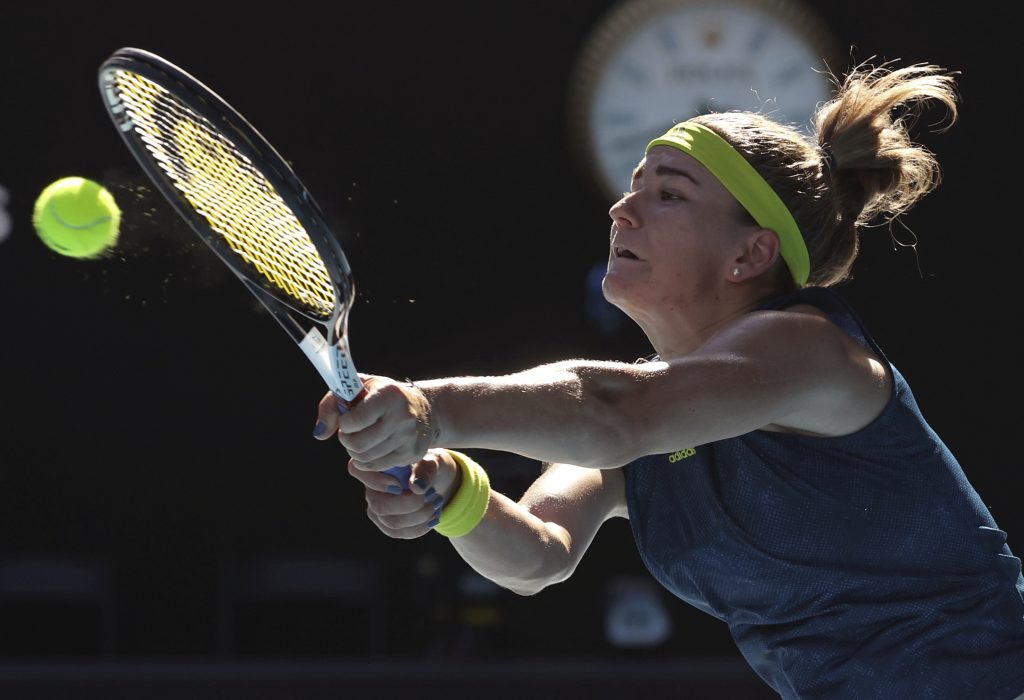 Brady will have to cause a big upset to do that, with Osaka one match away from matching her achievements of 2018 and 2019, when she won the US Open and Australian Open titles back to back.

But their contest in New York last year was one of the best matches of the season and Brady handled the pressure of being the favourite against 27th-ranked Czech Muchova.

The 24-year-old had the momentum going into the deciding set after Brady became error-prone in the second but Muchova played a poor service game to allow her opponent to break for 2-1 and that proved the decisive moment – just.