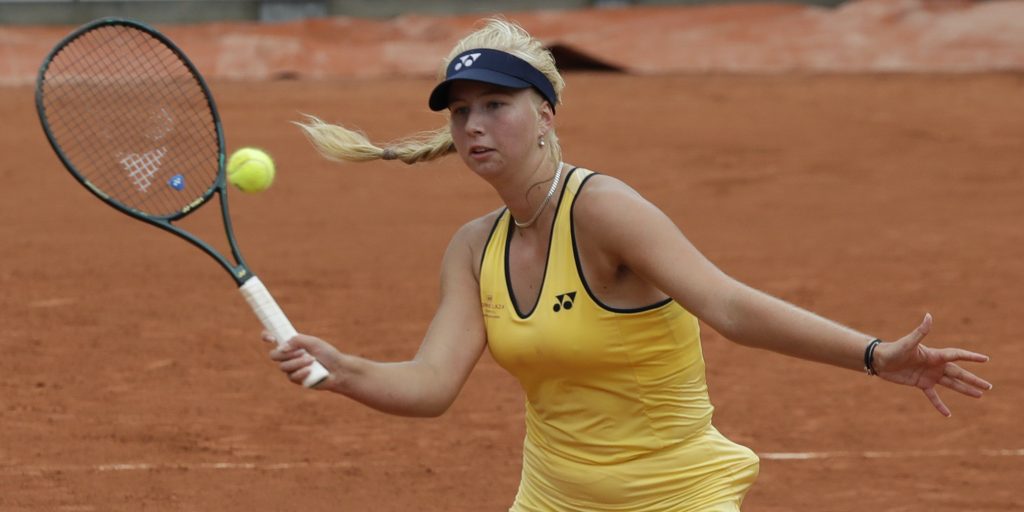 Danish teenager Clara Tauson made her breakthrough on the big stage by knocking out US Open semi-finalist Jennifer Brady in the first round of the French Open.

The 17-year-old came through qualifying to reach the main draw of a Grand Slam for the first time and pulled off the result of the day with a 6-4, 3-6, 9-7 win over 21st seed Brady.

Tauson won the Australian Open junior title last January and is on the verge of breaking into the world’s top 150.

Comparisons with Caroline Wozniacki are inevitable, and Tauson’s emergence comes nine months after the former world number one called time on her career.

Tauson said: “Caroline was a huge role model for me. We come from Denmark, and that’s a very small tennis country. She made it out, and that made me think I could make it out also on the tour.

“We get compared a lot, but I am my own person, and she is her own person. I am just trying to focus on myself.”

Of her breakthrough, Tauson said: “It’s kind of an insane feeling. I didn’t expect it going into the match. Jen, she was in the semi-finals of the US Open, so I was just grateful to be there and just happy that I could play a girl like her on a big court.

“It was a dream come true, of course, and then winning the match, I don’t have any words yet. It was so great, I’ve never really experienced a match like that.

“Of course I am surprised I am in the second round of the French Open, but I feel like I have the game to be here right now.”

Pliskova, who has been battling to recover from a thigh injury that forced her to withdraw during the final of the Italian Open last Monday, was unable to take any of eight set points during the opener. 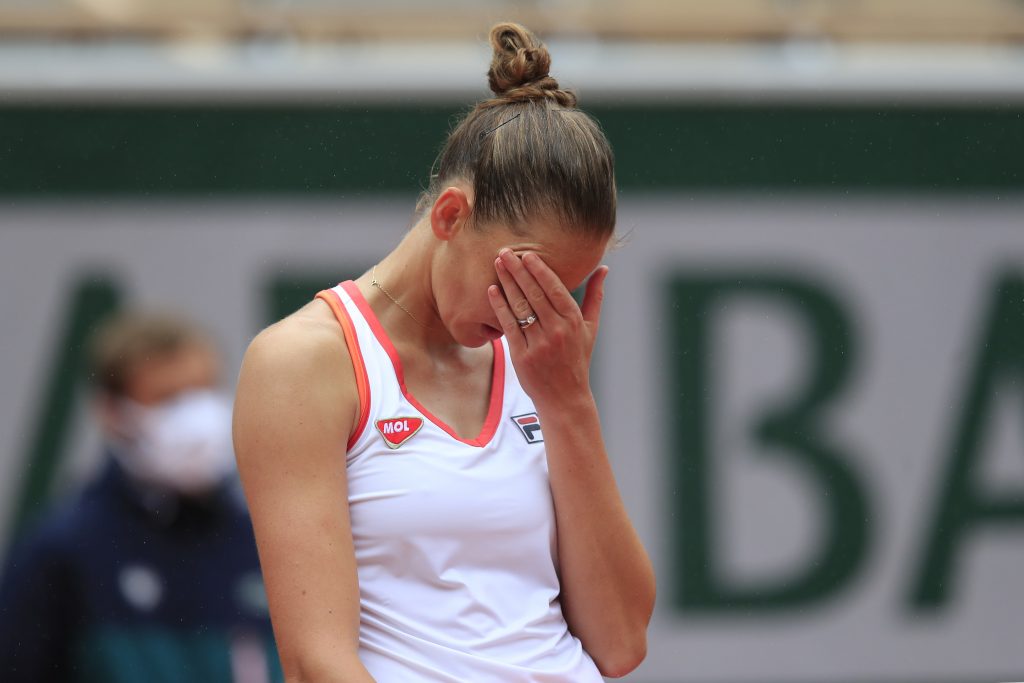 But she fought back to defeat Sherif, the first Egyptian woman to compete in the main draw of a grand slam, 6-7 (9-11), 6-2, 6-4 and will play former champion Jelena Ostapenko in the second round.

Pliskova said: “For sure conditions are not easy, and I think she also played a little better than I maybe thought, because I didn’t know much.

“Let’s not talk about my level. I think there is big room for improvement, but it is what it is and I’m in the next round, which counts.”

Remarkably, the only year in which Ostapenko had won any matches at Roland Garros was 2017, when she became one of the most unlikely Slam champions in tennis history.

But, much to her relief, she put that to bed with a 6-2, 6-1 victory over American Madison Brengle.

Ostapenko said: “After I won it was a tough time. I had to get used to the pressure but now it’s all gone, and finally I won my first match after two years not winning a match here. I’m really happy with that.”

There was controversy under the roof on Court Philippe Chatrier, where Kristina Mladenovic led Laura Siegemund 5-1 in the opening set only to lose 7-5, 6-3.

On set point at 5-1, Siegemund appeared to scoop up a drop shot after the ball had bounced twice but umpire Eva Asderaki-Moore disagreed and Mladenovic did not recover.

It was another tough break for the Frenchwoman, who was withdrawn from the US Open after having had contact with Benoit Paire following his positive test for Covid-19.

Mladenovic said: “It was set point, supposed to be 6-1, and I think the chair umpire was the only person not to have seen it.”

Australian Open champion Sofia Kenin was in trouble at a break down in the decider against Liudmila Samsonova but she recovered to win 6-4, 3-6, 6-3.