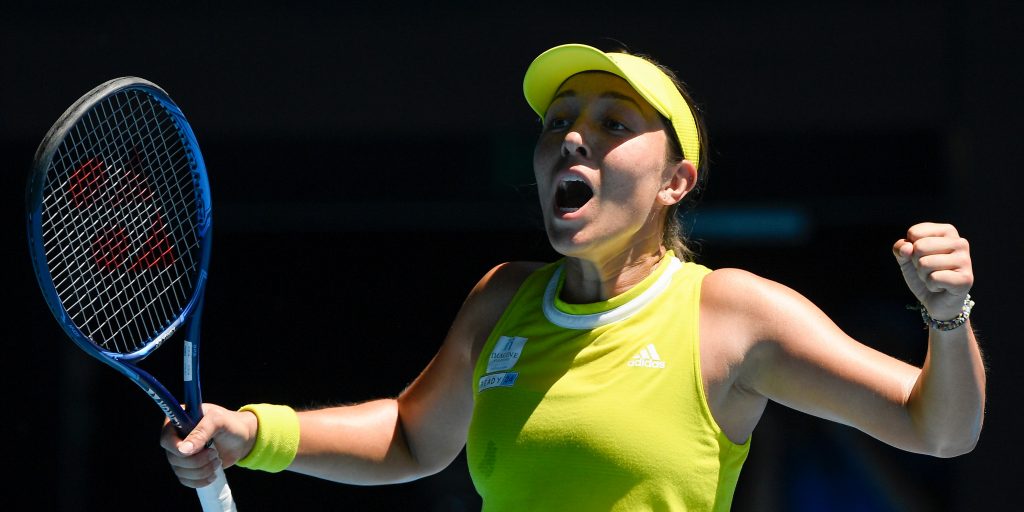 Jessica Pegula continued her breakthrough run at the Australian Open by knocking out Elina Svitolina, while Ashleigh Barty eased through to the quarter-finals.

American Pegula, the world number 61, rallied after a nervous second set to wrap up an impressive 6-4, 3-6, 6-3 victory against fifth seed Svitolina.

Pegula, whose parents own the NFL’s Buffalo Bills and NHL’s Buffalo Sabres, had failed to go beyond the first round in all but two of her previous eight appearances at the slams but added Svitolina to a list of scalps that also includes two-time Australian Open champion Victoria Azarenka.

Onto the QF 🐍 #AusOpen pic.twitter.com/UBBoTprw8a

The 26-year-old said: “I can’t get more confident – it is my best result yet. I was a little tentative in the beginning of the second, and was able to play a couple of good games at the end of the second to get the momentum into the third. I definitely felt like I was sliding off the rails a little bit.”

For Svitolina, it was another Slam where she has failed to take advantage of what appeared a golden chance to reach the final stages.

The Ukrainian said: “It was not a good day for me today. I was making way too many errors. I didn’t feel very good today on the court. It’s disappointing because I’ve been playing very good.”

Next up for Pegula will be her Fed Cup team-mate and last year’s US Open semi-finalist Jennifer Brady, who beat an injury-hampered Donna Vekic 6-1 7-5.

Vekic had heavy strapping applied to her right knee early in the second set and fared better thereafter but Brady held off the Croatian to reach her second Slam quarter-final.

The 25-year-old, who was one of the 72 players forced to endure a hard quarantine, said of facing Pegula: “I’m super excited for her making her first Grand Slam quarter-final.

“I know the emotions that she’s feeling. You feel like you’re on cloud nine, definitely. She’s playing great tennis. I think we both know each other so well and I’m really looking forward to it. It will be a lot of fun.”

Barty has quickly settled back into the old routine after not playing since last February and made it eight victories in a row with a 6-3, 6-4 success against American Shelby Rogers.

The world number one is yet to drop a set and always looked in control despite needing two chances to serve out the match.

Barty has made the quarter-finals then semi-finals the last two years and is the only top-20 player left in her half of the draw.

The Australian said: “We’re not done yet. Obviously it’s exciting to be in another quarter-final of a Grand Slam, particularly here in Australia.

“If we had looked at the way we were preparing during our pre-season, to have the start that we have had so far is really encouraging, but certainly not satisfied with where we’re at at the moment.”

In the last eight she will face Czech 25th seed Karolina Muchova, who staged another impressive comeback to beat Elise Mertens 7-6 (7-5), 7-5.

Muchova trailed 5-0 in the second set against Karolina Pliskova in the last round before winning seven games in a row and was 4-0 down in the opening set here.

The quarter-finals begin on Tuesday, with the highlight a clash between Serena Williams and Simona Halep.