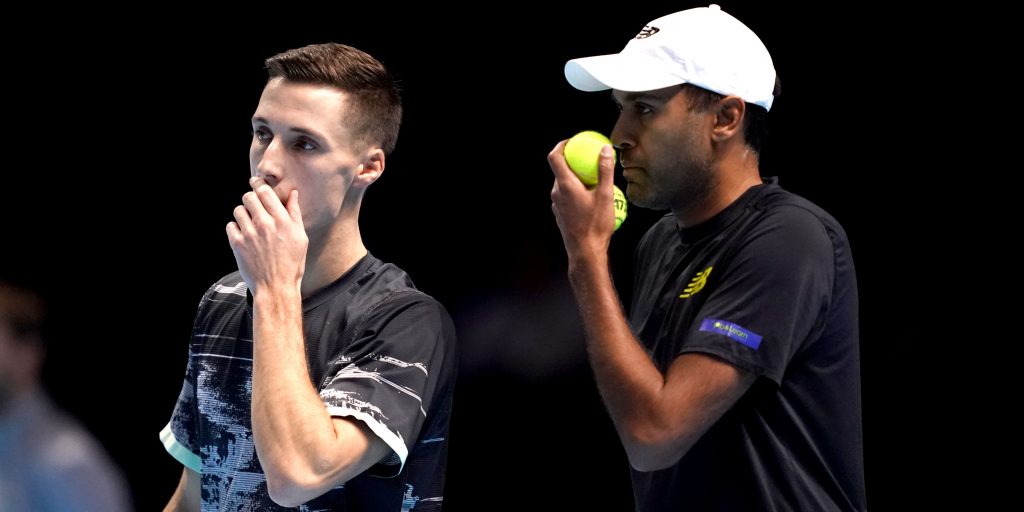 Joe Salisbury accepted he and partner Rajeev Ram were beaten by the better team as they fell short in their bid to win a second successive Australian Open doubles title.

Salisbury and American Ram lifted their first major silverware together in Melbourne last year but were beaten 6-3, 6-4 by Croatian Ivan Dodig and Slovakia’s Filip Polasek in this year’s final.

Polasek in particular was outstanding, especially on the return, and it was a landmark moment for the Slovakian, who returned to the sport in 2018 after five years in retirement because of back problems.

Salisbury said: “He played unbelievably today. We talked before the match, his first grand slam, he might be a bit nervous, might not be playing his best because of the occasion. But he played incredibly well.

“We just needed to serve better. I don’t think either of us were serving our best. That was too good for what we had today.”

It was nevertheless a strong start to the season for Salisbury and Ram, who have established themselves as one of the best teams in the sport.

Salisbury is Britain’s leading doubles exponent and will hope to represent his country later this year at both the Tokyo Olympics and the Davis Cup finals.

This is Filip Polasek’s best. Week. Ever.

Despite being a Grand Slam champion, Salisbury has yet to make his Davis Cup debut, but, with Jamie Murray and Neal Skupski no longer playing together, the door is open for Salisbury and Murray potentially to form a partnership.

Salisbury said: “I would love to play it. Hopefully it goes ahead as normal. I don’t know what would happen with the partnerships.

“I played with Jamie before, I played with Neal before. We’ll see what happens. But I’d be happy to play with either of them and love to be part of the team.”

Salisbury is also open to playing mixed doubles at the Olympics with Johanna Konta, who sent him a video of her volleying by way of an audition tape.

“I’ve spoken to her sort of casually about it,” said Salisbury, 28. “I think we’re both up for doing that if we can get in.”

The achievement was extra special for Polasek, who became a father for the second time on Friday.

The 35-year-old said: “We had some discussions. I am happy that she (his fiancee) said, OK, I can go. We make the deal. She said, ‘I will hold it up, and if you make final, then you can miss it’.

“Actually she holds it together, I have to say, absolutely. Because on Thursday we made it through to the final, on Friday (the baby) came. It’s a second daughter.

“It’s nice. I’ve been with the first one, the delivery. This one, I missed it. It’s quite sad. But to end it up this way here, it’s very nice. I’m also pleased they are both healthy. I am going to see them soon.”