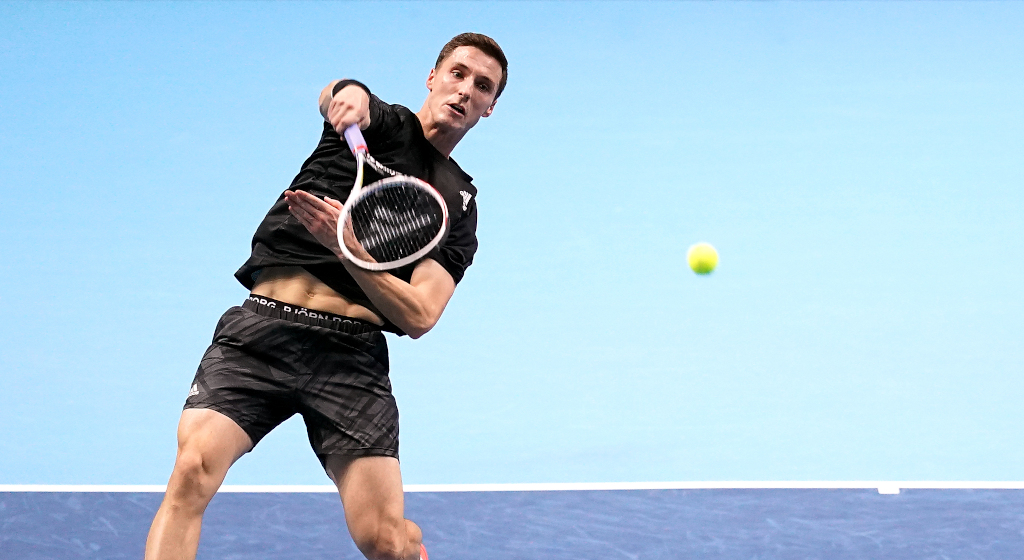 A British player will take part in the Australian Open men’s doubles final after Joe Salisbury and Jamie Murray set up a semi-final clash against each other on Wednesday.

Defending champions Salisbury and American Rajeev Ram were first in action on the Margaret Court Arena with Philipp Oswald and Marcus Daniell their opponents.

A tight first set went to a tie break where the 2020 champions grabbed the crucial initiative.

The second set was more straight forward and Salisbury and Ram were able to break their quarter-final opponents twice to seal a 7-6 (7-6), 6-2 success.

Joining them in the last four are Murray and his partner Bruno Soares after they came through in straight sets against Marcelo Arevalo and Matwe Middelkoop.

The sixth seeds sealed a 6-3, 6-4 victory with a strong performance on serve crucial to more joy for the highly regarded doubles pair.

With their record now at 8-0 for the season, after they reunited for 2021, the British-Brazilian partnership will hope to replicate their success from five years ago when they claimed Australian Open glory.

Alfie Hewett was denied a second title in Melbourne after he lost a thrilling men’s wheelchair singles final to Joachim Gerard by a 6-0, 4-6, 6-4 scoreline.

The 23-year-old teamed up with Scotland’s Gordon Reid on Tuesday to secure a British record-equalling 10th Grand Slam doubles title as a team.

A day later and Hewett was out to win the Australian Open for the first time but looked set for a whitewash when he trailed 0-4 in the second set after he lost the opener 6-0. While an admirable reply was produced, he lost out in the decider to finish as runner-up.

“I am really proud of not tanking at six love, four love down so I am proud of myself for that comeback and for making it a final,” the four-time Grand Slam winner said in an emotional on-court interview.

“It’s been a long five weeks and ready to go home now. Thanks everyone.”