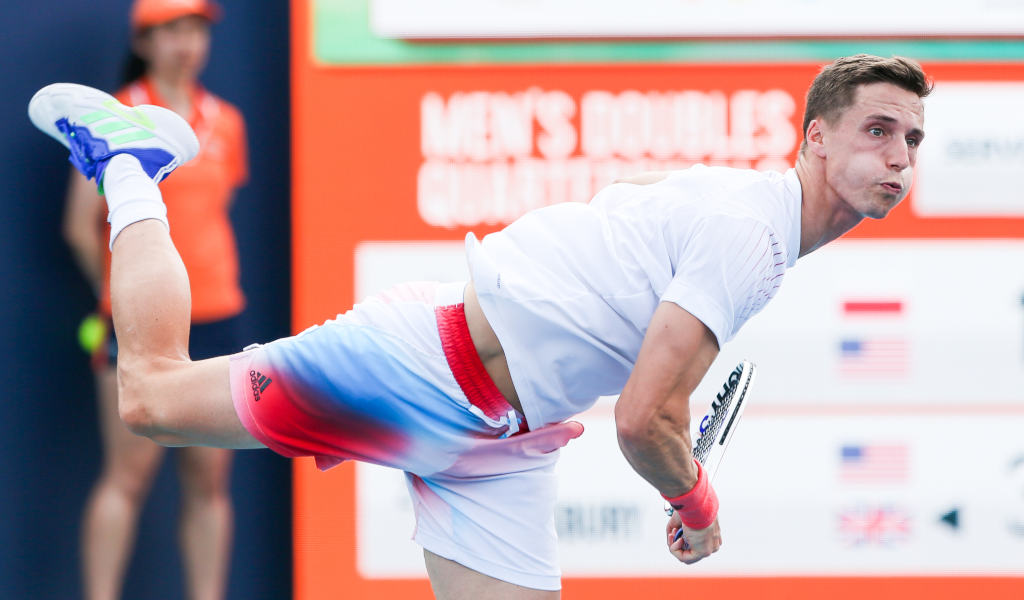 British doubles expert Joe Salisbury will ascend to the World No 1 ranking this week despite his quarterfinal exit at the Miami Open.

Here we look at how Salisbury came to be on the cusp of holding that honour.

Salisbury’s early career was spent in large part partnering David O’Hare on the Futures Tour with the pairing claiming seven titles on the circuit together.

He cycled through partners on the feeder tours, once notably partnering doubles legend Leander Paes for a run to the final at the Dallas Challenger event in 2018.

Salisbury has achieved most of his big tour successes alongside regular partner Rajeev Ram.

Ram was on an opposing team the first time Salisbury appeared in an ATP Tour final with the Brit and partner Ben McLachlan claiming the Shenzen title.

There have been eight further titles on the tour for Salisbury.

Salisbury also teamed up with Harriet Dart for a run to the Wimbledon final last year.

At the Tokyo Olympics, Salisbury partnered with Andy Murray for a run to the quarterfinals, including a big upset win over French Second seeds Nicolas Mahut and Pierre-Hugues Herbert in the opening round.

Salisbury has won five titles alongside Ram, one with McLachlan and two with compatriot Neal Skupski.

Salisbury has also been a Davis Cup regular for Great Britain, usually teaming up with Skupski, but he has also paired with Jamie Murray when representing Great Britain in the ATP Cup.