Joe Salisbury on the hunt for two Wimbledon doubles titles 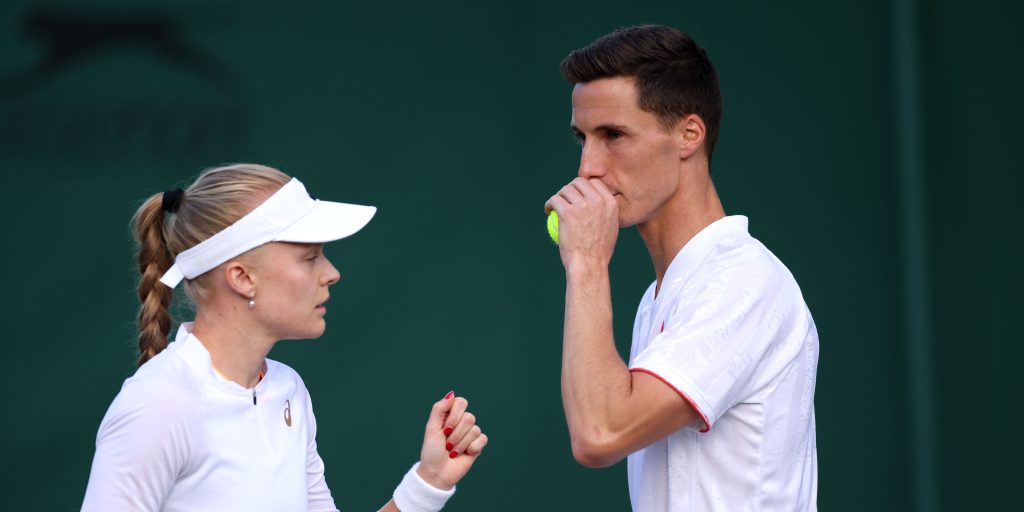 Joe Salisbury is going for Wimbledon glory on two fronts after reaching the semi-finals of the men’s doubles and the quarter-finals of the mixed on a busy Wednesday.

Men’s is the clear priority and the Londoner and American Rajeev Ram continued their strong form by knocking out defending champions Juan Sebastian Cabal and Robert Farah.

Salisbury said: “It’s great. Obviously I’m happy to be in both. I’ve been having a good run and I want to keep going in both. Hopefully the body stays OK.

“I’m feeling pretty good now and obviously going to give it all for both matches tomorrow. Hopefully we’ll still be here and with a chance to win both at the weekend.”

Salisbury and Ram will now take on Croatian top seeds Nikola Mektic and Mate Pavic, who have already won seven titles together this season.

One of those came just ahead of Wimbledon at Eastbourne, where they beat Salisbury and Ram for the third time this year in the final. 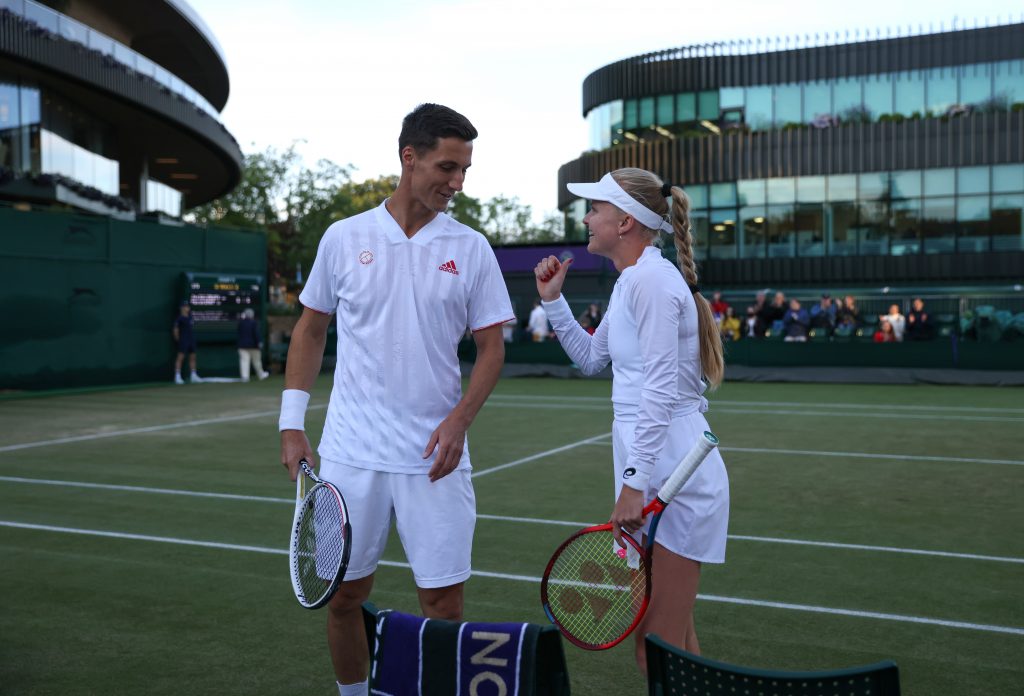 “They’ve done very well this year, won a lot of tournaments,” said Salisbury. “It will be tough. We’ve played them a few times and lost to them. But they have lost matches. We’re playing well, it’s our favourite surface, so we’re going to back ourselves.”

This is the furthest the sixth seeds have gone together at the All England Club, although both have reached the semi-finals before – Ram in 2016 with Raven Klaasen and Salisbury three years ago alongside Freddie Nielsen.

They have become one of the most consistent pairs in the world, reaching at least the quarter-finals at five of the last six slams and winning their first major title together in Australia last year.

Salisbury was frustrated that his workload was extended by a deciding set in the mixed doubles – although mostly because it meant he had not finished his media duties in time to watch the football.

“I got pretty annoyed after losing that second set,” he said. “I had a men’s match, I’ve got another men’s match tomorrow, so obviously you don’t want to be on court too long, and now we’re missing the England game.”

There will be three British players on court in Salisbury and Dart’s next match, with the pair taking on Stockport’s Naomi Broady and Frenchman Jeremy Chardy, who beat 10th seeds Raven Klaasen and Darija Jurak 6-3 7-5.

Neal Skupski is also through to the last eight partnering American Desirae Krawczyk, who won the mixed doubles title at the French Open last month with Salisbury. They defeated all-British pair Tara Moore and Arthur Fery 7-6 (5) 6-3.