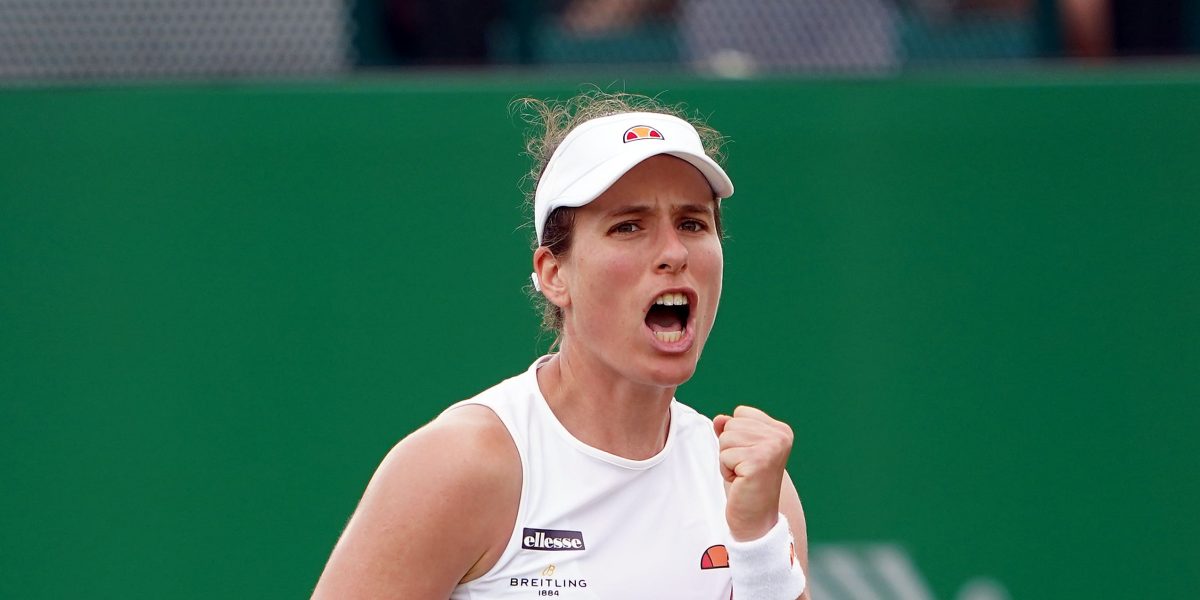 British No 1 Johanna Konta is one step closer to ending a four-year wait for a title after making it through to the semi-finals of the Viking Open.

Konta continued her excellent preparations for Wimbledon by beating Alison Van Uytvanck 6-3, 7-6 (8-6) to book a third last-four appearance in Nottingham.

It was her third win of the week, which is as many as the whole of 2021 prior to this event and she is looking a good bet to add another WTA Tour trophy to her collection.

Her last came after winning the prestigious Miami Open in 2017 when she was at the very top of her game, heading towards a world ranking of number four and the semi-finals of Wimbledon.

The 30-year-old has had an inconsistent time since, but says she does not judge herself on the lack of silverware.

“I’m not surprised because I have been playing each match, so I have been living it,” she said when asked whether she was surprised she has not won since 2017.

“Since then I have made two finals here, a final in Rabat, a final in Rome so there has been opportunities for me to win more titles.

“If they had gone my way I would have seven titles under my belt. I would I have liked to win some of those finals, of course. But I don’t consider it a judgement on myself.”

Konta is giving herself the best chance of adding a fourth title by pulling out of the doubles in Nottingham.

She had made it to the last four with partner Donna Vekic, but withdraw to protect sore knees.

“It is just managing the loads in my knees,” she added. “This is the first time in a long time I have played successive matches and obviously my body is feeling it a little bit in the knees.

“It is manageable but it is about making these decisions to make sure I am in the best possible position to compete tomorrow and have an opportunity the day after if I do. But it is just managing it.”