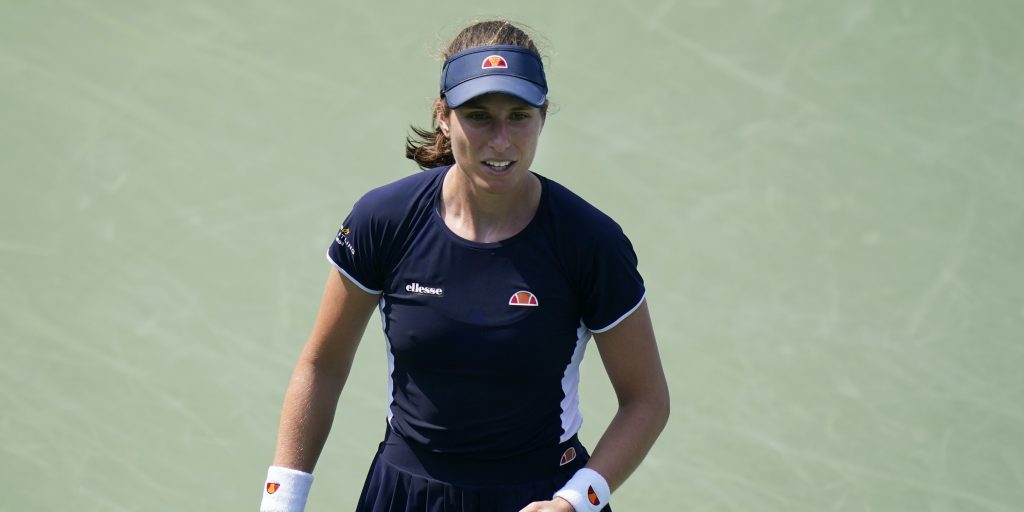 Johanna Konta put in a dominant display to set up a possible Western & Southern Open quarter-final date against Serena Williams.

The British No 1 beat Russia’s Vera Zvonareva 6-4, 6-2 in the third round in New York thanks to a classy performance.

Konta will now wait to find out who her opponent in the last eight will be, with the 23-times grand slam champion meeting Greek Maria Sakkari in the early hours of Wednesday morning.

She was always in control against Zvonareva, serving with power and accuracy while also peppering a collection of forehand winners.

Konta has just dropped eight games in her two matches and with a number of the top seeds already out, she will be a title contender, eyeing up a fourth WTA tournament win.

“Maria and I have had some pretty incredible battles, especially last year, so I am sure they are going to have a great match and I will have a tough match whoever I play.

“I am happy to be back playing, I enjoy playing at these courts here at Flushing Meadows, so it is nice we have back-to-back tournaments here.”