Johanna Konta confident she can turn form round at French Open 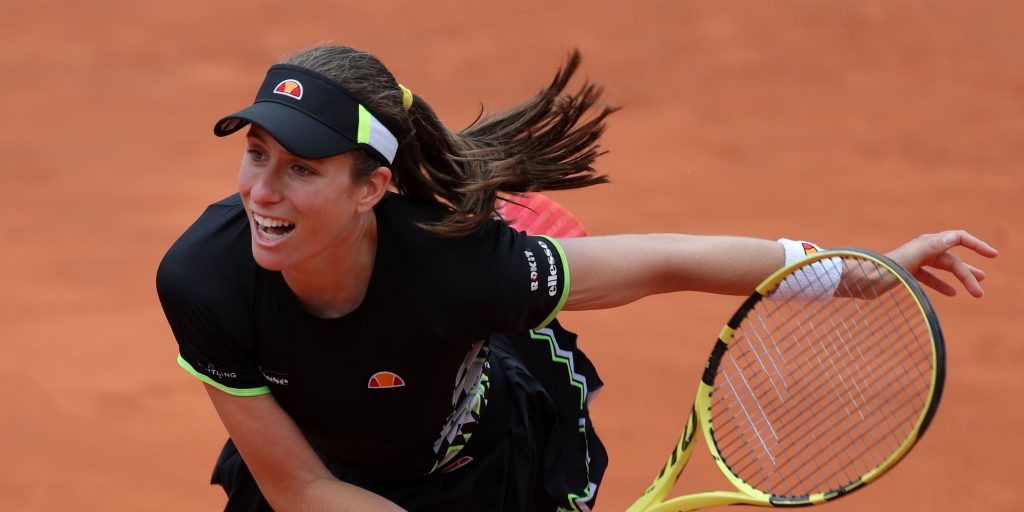 Johanna Konta arrived in Paris for the French Open with a ring on her finger after becoming engaged to long-term boyfriend Jackson Wade earlier this month.

Wade popped the question on Konta’s 30th birthday on May 17 as she celebrated at home in London.

“It was a semi-surprise,” said Konta. “I wouldn’t say I was completely shocked. I kind of expected it once the present came into my hand, I was like, ‘OK, I think this could be a ring’. It was all done with lots of love and it’s something that I’ll always think back on. It was really lovely.”

Happy Birthday @JohannaKonta 🎉🎂 Dirty 30 baby 😝 you’ve always been an amazing friend to me. From over a decade ago when we were living out of suitcases at the national tennis center to going to Rio 2016 together. Have an amazing day! Love ya long time xx pic.twitter.com/VyI2Rdy23a

The pair have not yet set a date for their wedding, with Konta turning her focus back to the day job and a first-round meeting with dangerous Romanian Sorana Cirstea at Roland Garros.

Konta is defending ranking points from her brilliant run to the semi-finals in Paris two years ago but there is little to indicate she is about to embark on a similar sequence.

The world No 20, who has been managing a chronic knee problem, has won only three matches this season and has not achieved back-to-back victories since last August.

Nevertheless, Konta remains optimistic, saying: “I think confidence is always a funny thing because obviously it can be quite closely linked to how many matches you’ve won and how well you’ve played, how many tournaments you’ve won, and obviously I haven’t won a lot of matches, or won any tournaments for a couple of years.

“So there’s a lot of other areas I can draw good feelings from. Long streaks of matches start somewhere so there’s no reason it can’t start in the tournament I’m in.”

Konta has not always had the easiest relationship with the British press so she read with interest Naomi Osaka’s social media post explaining why she would not be doing any media during the tournament.

Osaka cited mental health reasons, saying: “I’m just not going to subject myself to people that doubt me.”

Konta said: “I don’t necessarily disagree with what she said. I think there’s a lot of truth in what she said. But then again there’s also the expectations and the commitments that come with being a professional athlete as well and this is one of them.

“I personally think it’s about finding the right balance. You guys have asked me some tricky questions in the past and haven’t exactly made me feel incredibly good about myself but it’s also up to me on how I digest things, how personally I take them.”

The British No 1, meanwhile, revealed she has some hesitations about receiving the Covid-19 vaccine and will not be rushing to book an appointment despite having been invited to do so.

“It’s just not in my nature to rush into medical things or things like that,” she said. “I’m definitely not against it. I’m all for vaccines, I think vaccines are an incredible part of our science and what they’ve been able to do for us.

“But I’m just waiting to see how things develop and how it fits into my life more than anything.”