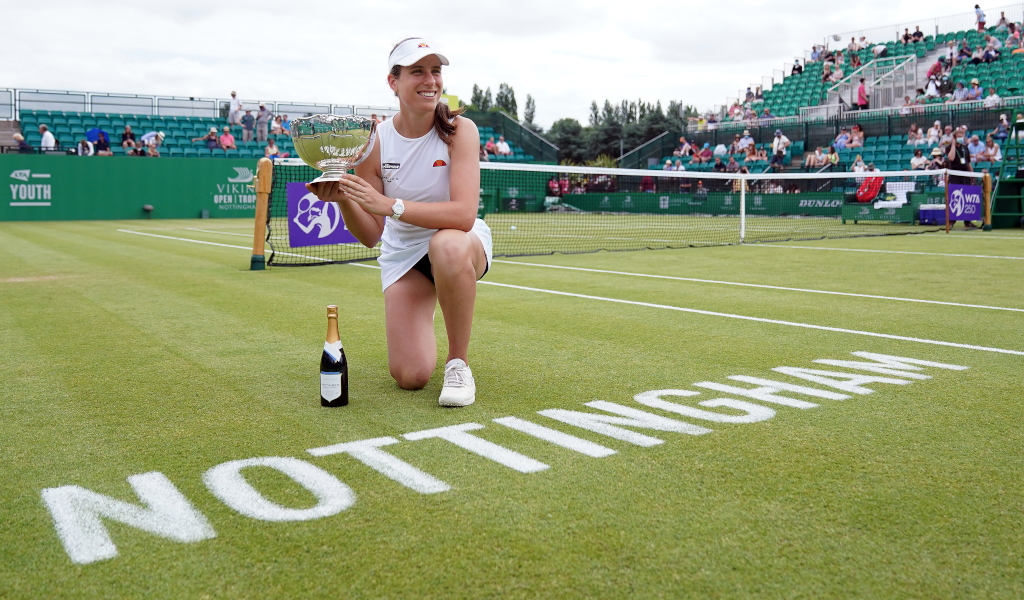 British No 1 Johanna Konta has won her fourth WTA Tour title after claiming the Viking Open in Nottingham.

Konta had not won a tournament since the Miami Open in 2017, but she put that right by beating Chinese player Zhang Shuai 6-2, 6-1 in Sunday’s final.

In winning she becomes the first British woman to win a singles event in this country in 40 years and it comes after two previous defeats in the final at this event.

The 30-year-old had only won three matches in 2021 before this week, but the run of five successive victories will stand her in good stead for the upcoming Wimbledon tournament.

Zhang, ranked 46 in the world, was her toughest opponent of the tournament, but Konta put her to the sword, dropping just three games.

Konta said in her on-court interview: “I haven’t done a winning speech in a long time. This feels very very nice. Thank you to my team, only one of which is with me here.

“I won the tournament, so that’s nice, I didn’t take this for granted, I have lost a few finals that I have played, it is very hard to win tournaments, so I know how fortunate I am.”