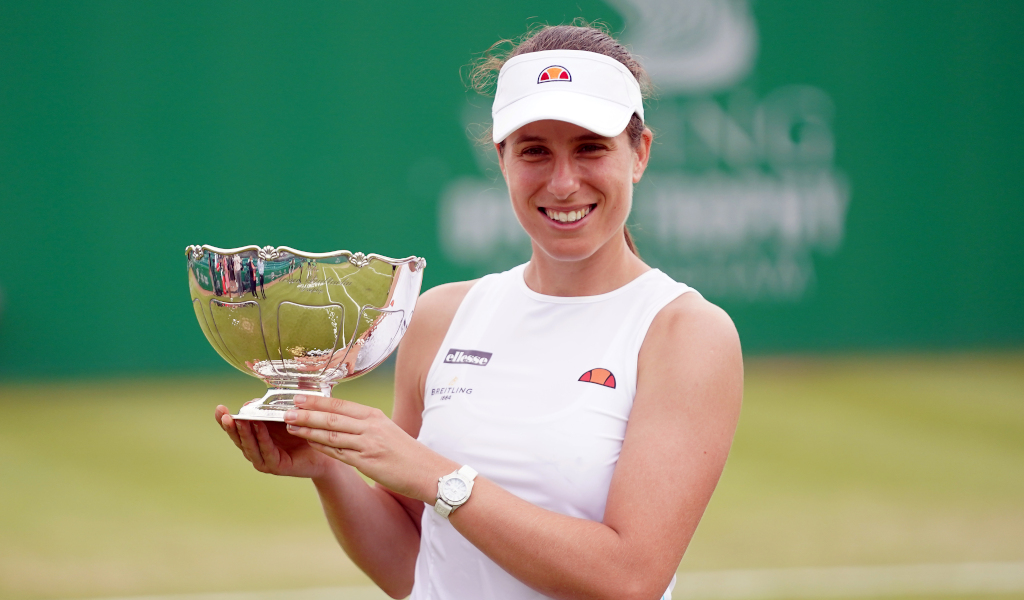 Johanna Konta was bursting with pride after becoming the first British woman to win a tournament on home soil in 40 years.

The 30-year-old claimed a fourth WTA Tour title – and first since 2017 – after winning the Viking Open in Nottingham with a comprehensive 6-2, 6-1 win over Zhang Shuai in Sunday’s final.

It was third time lucky for Konta, having lost in the 2017 and 2018 finals here, as she became the first British woman to win in this country since Sue Barker in 1981.

“It’s quite an amazing stat. One person gets to win the tournament at the end of the week, so the odds aren’t in anyone’s favour really,” she said.

“It’s hard to win tournaments, so that’s why I felt very grateful. To do it in front of a home crowd on the grass, it’s an experience I haven’t had yet and I’m really grateful to be having right now.

“But it is an experience I haven’t had before and I am very grateful. The opportunities to win titles are tough to come by and to actually win them is even tougher.

“A lot of things have to come together for it to be at home. I also know how hard I work to create this opportunity for myself so I feel very proud of myself for that. Overall I am happy.”

Konta said this title held extra significance because the trophy is named after Elena Baltacha, the former British number one who died from cancer in 2014 who had a big impact on Konta in the early part of her career. 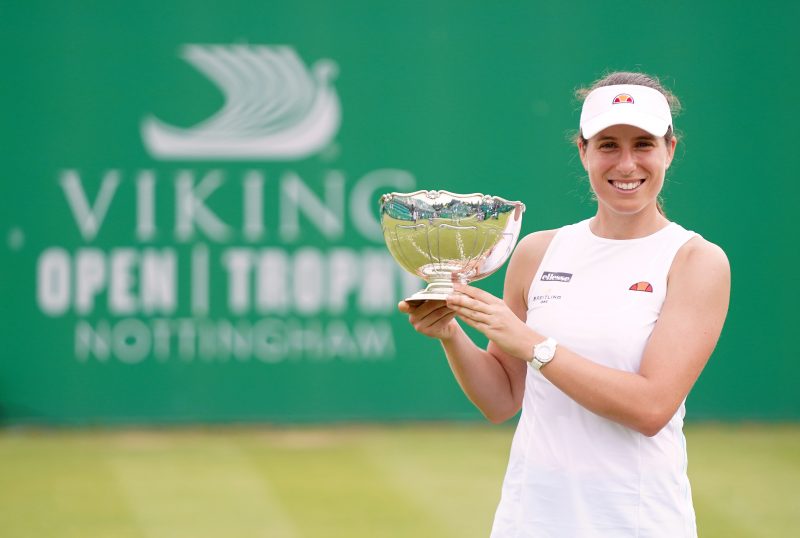 “I knew her as a young girl as a teenager and in my early 20s,” she added. “For me it was just whenever I spoke to her, going for dinner in New York during the US Open, I remember her during the Fed Cup, watching her compete at Wimbledon, she was fierce, proud and hard working.

“She had a lot of qualities that I find very inspirational and value a lot in fellow competitors and human beings.

“She impacted a lot of people in incredibly positive ways. When we lose someone like that in any walk of life but especially in sport you feel that.

“I played those two finals earlier and I knew this trophy had her name on it.

“This trophy does mean a bit more to me because is in remembrance of her. It is just really great to remember her here and in the sport.”