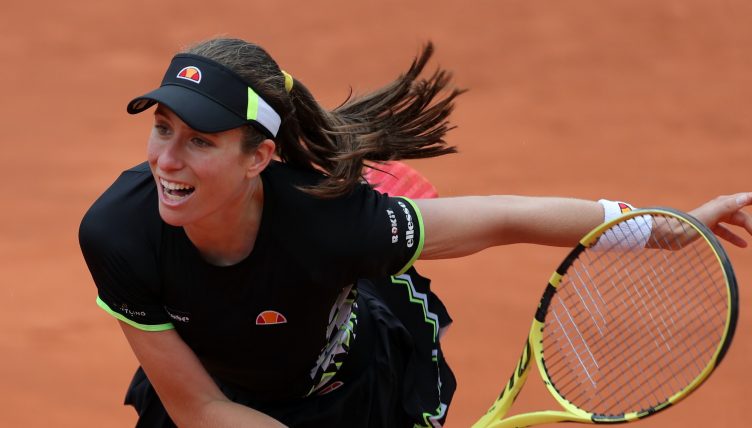 Johanna Konta has ended her short-term coaching arrangement with Thomas Hogstedt and is out of the Italian Open after a third-round loss to Garbine Muguruza.

The British number one, who reached the final in Rome last year in a breakthrough performance on clay, has had a number of close battles with Muguruza in the past but this was much more straightforward for the Spaniard, who came through 6-4 6-1.

Konta said: “She played better than I did. I think we definitely had some close games so it had potential for it to be a bit closer but overall she just played consistently a bit better.

“She was playing quite fast and I just struggled to move her out of the court and to extend the rallies a little bit.”

Swede Hogstedt is one of the most experienced coaches on the WTA Tour, having previously worked with illustrious names like Maria Sharapova and Caroline Wozniacki.

He agreed to a trial period with Konta for the recent tournaments in the United States but that will not turn into a permanent arrangement.

The partnership raised a few eyebrows, with former British number one Laura Robson describing it as a “very weird choice” because of their respective personalities.

Konta batted that away but has concluded they were not the right fit after all.

“Things have to match up, you have to be able to bring the best out of each other, and we just didn’t feel that it was going to be a good fit.”

Under Hogstedt, the British number one reached the semi-finals of the Western & Southern Open before losing in the second round of the US Open.

Konta said she would not be rushing to appoint a new coach and will rely on her hitting partner, Dan Smethurst, for support and advice during the French Open, which begins on September 27.

Konta, ranked 13th, has had three different permanent coaches since 2016. The most recent of those, Frenchman Dimitri Zavialoff, ended their successful partnership during the summer because of personal circumstances.

Konta said: “I don’t think I change coaches often. I worked with Dimitri for a year-and-a-half and I didn’t want that to end. Since then I’ve still continued to work with Dan so there’s a lot of continuation there.”

The British number one will return home for a few days before heading to Paris to begin her preparations for Roland Garros, where she reached the semi-finals 12 months ago.

“Overall I’m happy with the match I played yesterday, I think there were still some good things today, a lot of things I can do better and I’ll get another chance to do better in Paris.”