Johanna Konta focuses on fitness ahead of clay season, but is still up for the Billie Jean King Cup 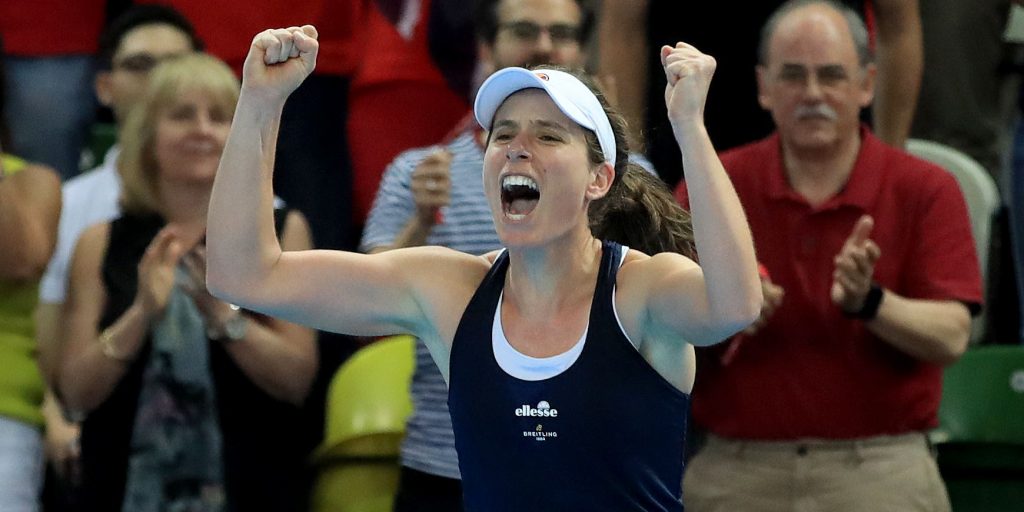 Johanna Konta will be training outside on the clay courts at the National Tennis Centre this week while Great Britain face Mexico in the Billie Jean King Cup play-offs indoors, but she insists she has not turned her back on the competition.

Heather Watson will lead the team in the absence of British No 1 Konta, who is prioritising preparation for the forthcoming clay-court tournaments on the WTA Tour.

Konta, who played a key role in earning promotion to World Group II in 2019, is continuing to manage a knee condition and cited the need to give the joint time to adapt to a different surface for her decision to miss the hard-court tie.

Britain should prevail without the 29-year-old, which would give them the chance to compete for a spot at next year’s finals event, and Konta could return in 2022.

She told the PA news agency: “Had it been on clay, that could have been a different conversation. I’m definitely not ruling myself out, I would love to still play in the competition. But I will definitely have to decide in a way that I know it will fit with the needs of my body.”

The world number 18 plans to begin her clay-court campaign in Stuttgart next week and is hoping for a run of tournaments after a stop-start 18 months.

Since Konta’s knee issue forced a premature end to her resurgent 2019 season, she has played just 13 tournaments, winning more than one match in a week only twice.

Since the last of those at the Western & Southern Open last August, the ellesse athlete has won four of 11 matches, with another setback coming at the Australian Open when she suffered an abdominal injury and had to retire mid-match.

Konta has maintained her place in the top 20 because of changes to the ranking system allowing players to continue counting points from 2019 but those will now start to drop off.

Konta had a superb clay-court campaign in 2019, reaching the Rome final and French Open semi-finals, so faces a substantial drop in ranking if she cannot repeat those results.

The way tennis’ governing organisations have handled the coronavirus pandemic has been a topic of much contention in the men’s game but significantly less so on the women’s side.

Konta said: “I think it’s about knowing what you want to ask for and finding the right time to ask for it. I don’t think it’s necessarily about shouting for the sake of shouting.

“I’m not fully across how the ATP is run and their player representation group. I do know that the WTA is set up differently to them and representation on the players’ side is a fundamental part of how the WTA is run.

“I’d like to think if it has seemed to be more united, it is maybe because the players in general – obviously not everyone’s going to agree – feel they have been represented to a certain extent.

“I really believe in the direction management is going when it comes to the WTA. Obviously there’s always room for improvement and we always do speak about and really vocalise in meetings what we want to be better for the players and the tour in general. That’s definitely not something we’re shy about.”

While the WTA schedule has been similar to normal, playing opportunities for lower-ranked women on the second-tier ITF Tour have been significantly reduced both compared to 2019 and to their male counterparts.

The WTA and International Tennis Federation announced an increase in ranking points last week for lower-tier events in an effort to address the situation.

“I think it’s been very difficult on the ITF side,” said Konta. “I know the WTA has been trying to assist and help in any way they can but obviously there’s a lot on the WTA’s plate as well when it comes to everything that’s going on. No one’s turned a blind eye to the fact it is very difficult.”