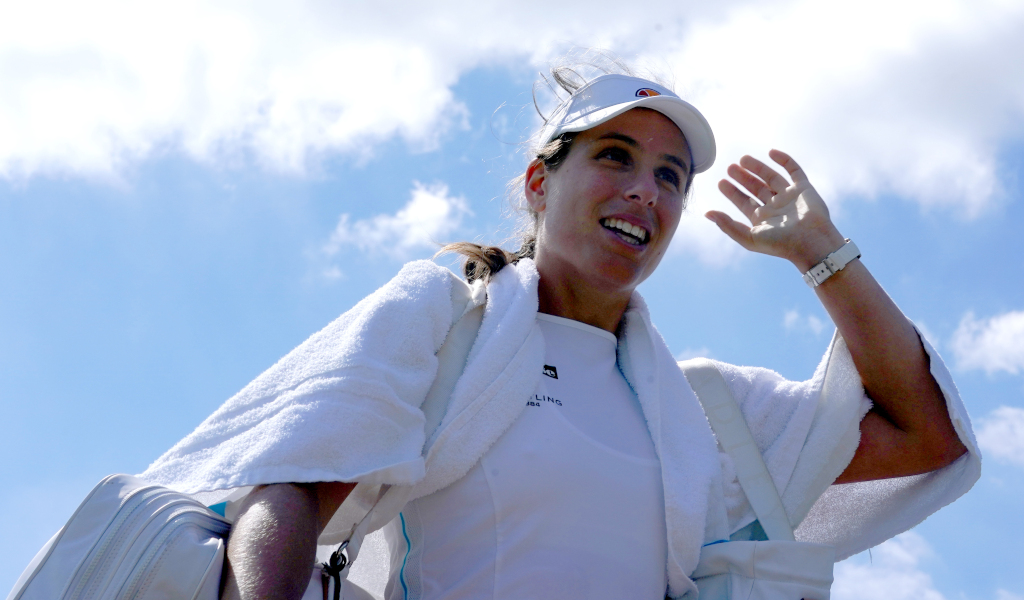 Johanna Konta is hoping to make it third time lucky when she contests the final of the Viking Open in Nottingham on Sunday.

The British number one was a runner-up at this event in 2017 and 2018, but she gets another chance at winning the silverware when she plays Zhang Shuai on Sunday.

Konta said: “This is the third time I will be in the final here, so hopefully third time lucky.

When a mishits a good thing #sorrynotsorry @VikingCruises Shot of the Day pic.twitter.com/73swvT88g3

“Every final is special, you work incredibly hard to get to any final in any tournament. It is wonderful for me to be playing a final in front of a home crowd, that is a very lucky thing to have.

“This is my first final in about two years so I don’t take it for granted, that’s for sure, you have to work hard to get to any final.

Konta has won more matches this week than the whole of 2021 previously as she has had a disjointed year.

She accepts she is playing her best tennis of the year.

“This is the first time I have made it to a final and won consecutive matches this year, so it is the best I am playing this year,” she added.

“I made the semi-finals in Cincinnati last year so won some consecutive matches. I am enjoying playing, I am just trying to build on every chance that I get to be on court.

“It was a really tough match, not a lot in it. She is very tricky to play. I am really pleased I came through because I could just as easily have not.”

The world No 46 Zhang is waiting for Konta in the final, having beaten Lauren Davis 6-4 6-3 in her semi-final.