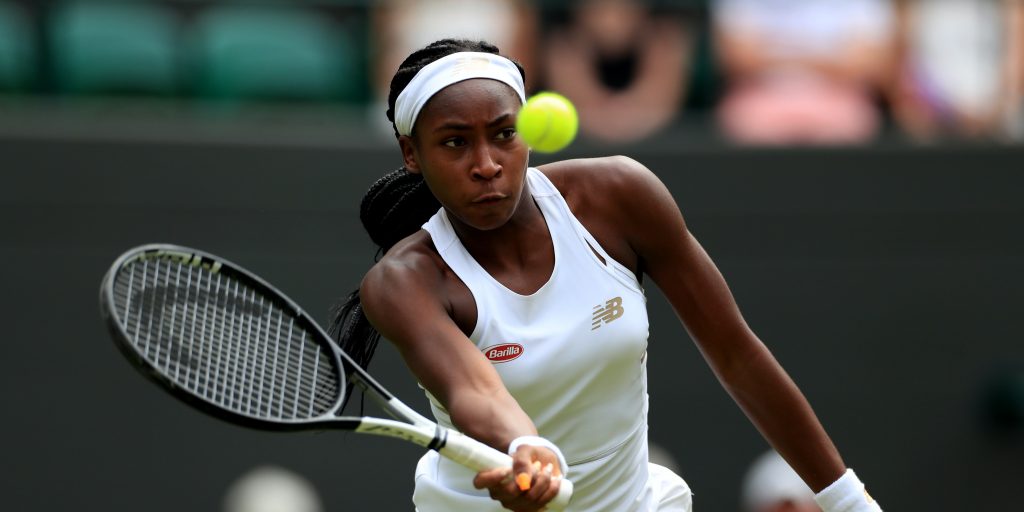 Johanna Konta has vowed not to be overawed by teenage superstar Coco Gauff in the first round of the French Open.

Konta’s clash with 16-year-old Gauff on Sunday will be one of the highlights of the opening round.

This is the American’s main-draw debut at Roland Garros but she is already a proven grand slam competitor having reached the fourth round of Wimbledon and the Australian Open and the third round of the US Open.

Taking on Gauff is a psychological challenge for more experienced players, and one that many women have already struggled with.

i’m back in my favorite city in the world🥰 pic.twitter.com/HpEqILucsU

Konta is determined not to fall into that trap, saying: “I’m very clear on the fact that I’m going in playing another professional tennis player who is one of the best ranked in the world.

“It doesn’t matter if she’s 14 or 40. I think she’s there for a reason. It’s going out on court respecting the player that I’m about to play. I’m going to be playing against the tennis that she brings, not her social media following, not her persona.”

Gauff is ranked 51, just two short of her career best, although she has only won one of her last four matches and must deal with sky-high expectations wherever she plays.

Konta, who is aiming for another good fortnight after her brilliant run to the semi-finals last year, said: “I think it’s quite normal, whenever there’s a young player that does exceptionally well, it is going to be sensationalised. It is just the nature of sport.

“I don’t know her that well. I know she’s very mature for her age. That’s why she’s able to compete at the level she’s competing. She’s physically and mentally mature enough to deal with the demands we have on tour.

“Obviously she’s going to just keep getting better and better. It’s going to be a very good challenge for me. I’m looking forward to playing her.”

Gauff has shown remarkable maturity off the court as well by taking on a leading role in the Black Lives Matter movement.

The teenager addressed the crowds during a protest in her home town of Delray Beach in June with an emotional, off-the-cuff speech.

“Our lives begin to end the day we become silent about things that matter.” – Dr. Martin Luther King Jr.

Konta said: “I think there’s a few players on our circuit who this movement will hit a lot closer to home maybe than other people.

“I think her and Sloane (Stephens) and Naomi (Osaka) have all been very vocal, rightly so. I think it just shows her maturity. It shows obviously that she’s been able to grow this platform that she has. She’s using it towards something that she believes in.”