‘I feel in a bit of a state of shock,’ says Johanna Konta after Australian Open journey ends through injury 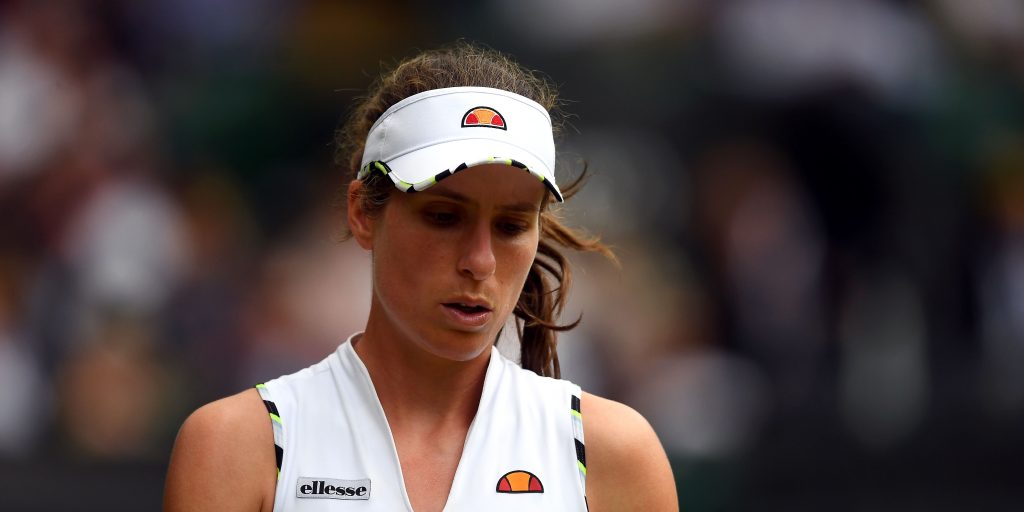 Johanna Konta said she was in “shock” after an abdominal muscle injury forced the British number one to curtail her Australian Open quest midway through her first-round match against Slovenia’s Kaja Juvan.

Konta won the opening set but after returning from a medical time-out she dropped eight points in succession before informing the umpire and her opponent she was unable to play on.

The 29-year-old, who led 6-4, 0-2 at the time, revealed it appeared to be a new injury that she started to feel early in the match, and which got progressively worse.

Konta said: “I feel in a bit of a state of shock, almost like having an out-of-body experience a little bit.

“I have very little experience with acute injuries and having to withdraw. So it’s a learning curve for me, a new experience and one I hope not to have too many of.”

Konta first requested medical intervention towards the end of the opening set, after appearing to exacerbate the injury when stretching for a smash.

And the issue evidently escalated quickly as she was rendered a virtual passenger for the opening stages of the second set as world number 104 Juvan made the most of her unexpected opportunity.

Konta confirmed: “I pulled my ab and that made it difficult for me to serve. That’s why I had to retire, basically.

“I felt it in my second service game of the first set, so I was just conscious of just trying to adapt while using my legs more on my serve. I was starting to be aware of it.

“I don’t really know anything yet, and I haven’t been able to yet check in with the physios and all that, so that’s all I have for now.”

It was a further setback for the 13th seed, who endured a difficult 2020 season due to ongoing issues with a knee injury.

Having recently reunited with her former coach Dimitri Zavialoff, hopes were high that the 29-year-old would be able to get her new campaign off to an encouraging start.

And she appeared to have been granted the ideal opportunity against an opponent who has never made it beyond the second round of a grand slam.

But after making a good start Konta’s hopes were evidently hampered, and two games without winning a point convinced her to call time on her challenge.