Johanna Konta misses out on final after loss to Victoria Azarenka 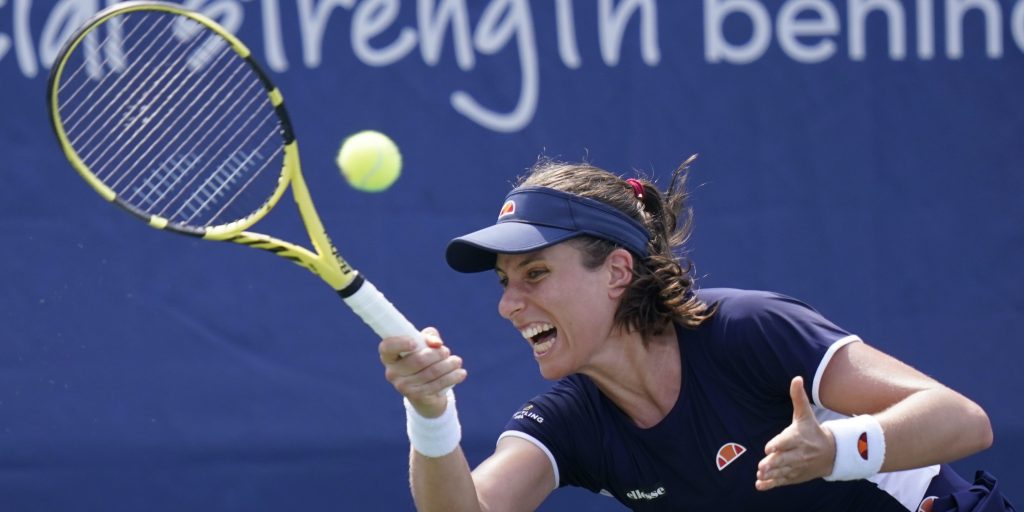 Johanna Konta fell short in her bid to make the Western & Southern Open final after she was beaten by Victoria Azarenka.

Konta drew first blood in the semi-final but the two-time grand slam winner came back to win 4-6 6-4 6-1 and set up a final against Naomi Osaka.

It ends a positive week for the British number one, who was aiming to make her ninth career final, as she looked somewhere back to her best.

Although Konta will be disappointed not to be contesting the final, her defeat does at least give her the weekend off ahead of next week’s US Open, where she has to be considered one of the contenders for the New York grand slam given her form this week.

After play at Flushing Meadows was suspended on Thursday in protest at the shooting of Jacob Blake, Konta broke in the fifth game of the match and then saw the opening set out, eventually sealing it 6-4 on her eighth set point.

Neither player was able to dominate their serve in the second set, with five breaks, but Azarenka got three of them to even the match up.

Konta was not having the same penetration as in the first set and Azarenka claimed an early break to lead 3-1 and then followed it up with another.

The Belarusian, who is enjoying something of a renaissance following several years in the doldrums after injuries and a custody battle over her son, then served it out to claim a memorable win.

Konta said she was unaffected by the tournament being paused on Thursday, saying: “I think the nature of 2020 is kind of the mantra of ‘just roll with the punches’.

“So I think in terms of having this sort of disruption, I think it’s actually on quite a small scale compared to the other disruptions we have had in the year.

“I kind of took it with a pinch of salt and used the day to recover. Obviously we have plenty of tournaments where we have a day off.

“Usually you know about it. But I did know the night before, so we just adjusted our day for the next day and kind of just cracked on, really.”